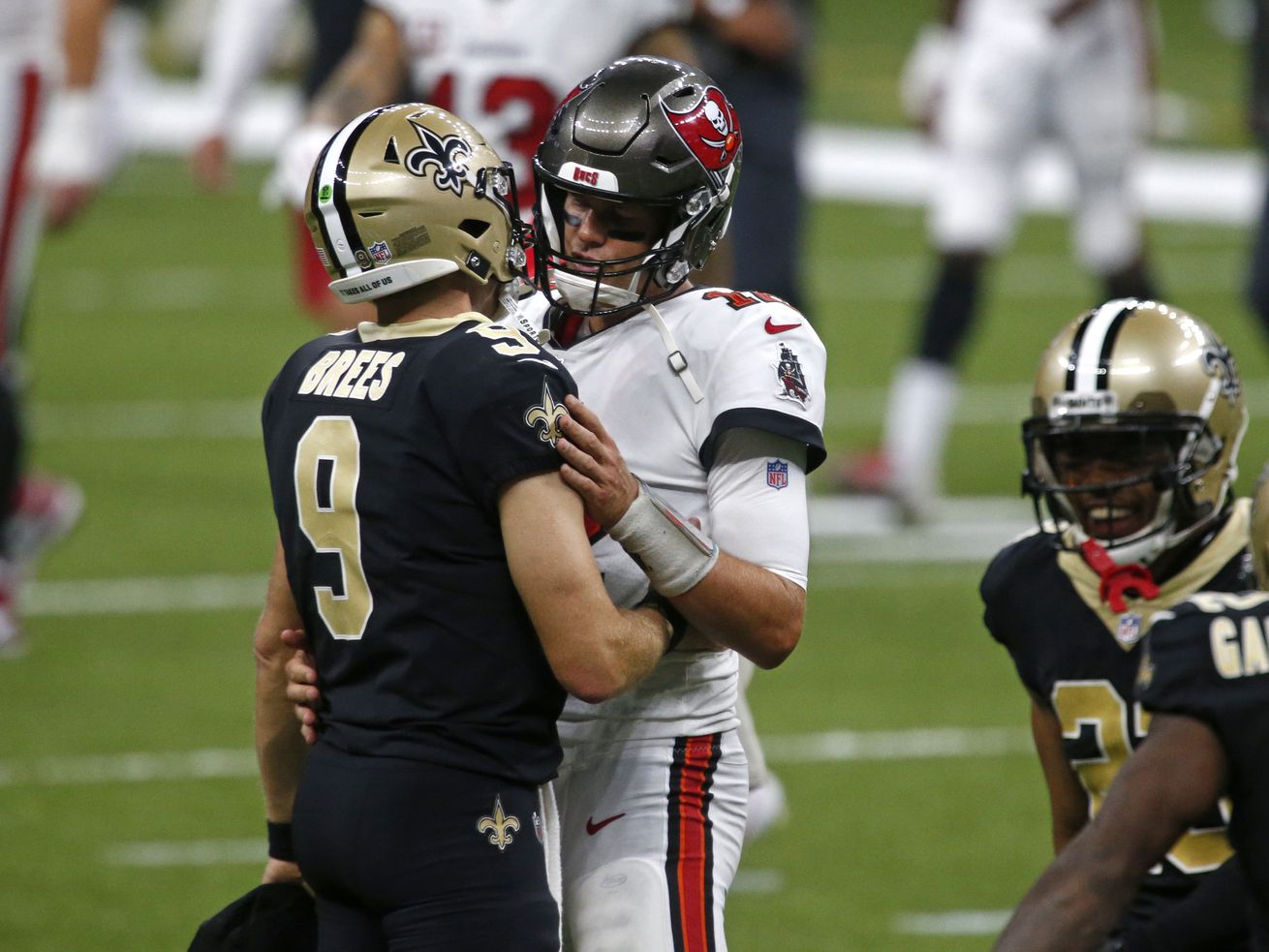 Due to changes in the game, QBs who hold passing records should enjoy them while they can

This weekend could mark the end of an era when Drew Brees goes head-to-head with Tom Brady in an NFL playoff matchup of golden oldies. Brees is 41, Brady 43, and there were times this year when they looked it, but both have returned to form in time to contend for another championship.

Brady is determined to return next season and the season after that; Brees appears to be less certain about the future.

If he retires, Brees will leave the game as the all-time career leader in passing yards. He won’t get to enjoy that claim long. Brady is only 1,154 yards behind him.

Passing records have an increasingly short lifespan in the golden age of passing, when the top-25 lists for passing and receiving — career and single-season — are dominated by players who have played in the last dozen years or so.

In 1978, Fran Tarkenton retired with the career passing yardage record of 47,003 yards. That mark endured 17 years.

‘If he’s not scoring, what else can he do?’: TNT halftime crew debates Donovan Mitchell’s stardom

In 2018, Brees broke Manning’s record. It will likely endure less than one year.

In 2021, if Brees retires this offseason, Brady will break the record some time next season.

If Brady does break Brees’ record next season it probably won’t endure long either, even if he does play until 45, as he has stated, which would mean a 23-year NFL career.

In 2019, The Wall Street Journal ran a story under the headline: “The NFL’s passing records are becoming almost meaningless.”

Meaningless, because they are short-lived and because they underscore how ridiculous it is to compare players from different generations or attempt to name the greatest players of all time (the GOAT). Today’s NFL players play an entirely different game than the one they played even 20 years ago and it’s hardly even the same sport that was played in the ’60s.

The rules are different — for one thing, quarterbacks and receivers are protected like fine china (please, do not touch), making it nearly impossible to stop them. They also play more games — seasons once consisted of 12 games, then 14, now 16. And the style of play is dramatically different. It wasn’t that long ago that throwing the football was done grudgingly and offenses were run-dominated and conservative. The Packers of the ’60s, for example, didn’t run exotic formations — trips, empty, shot gun …read more