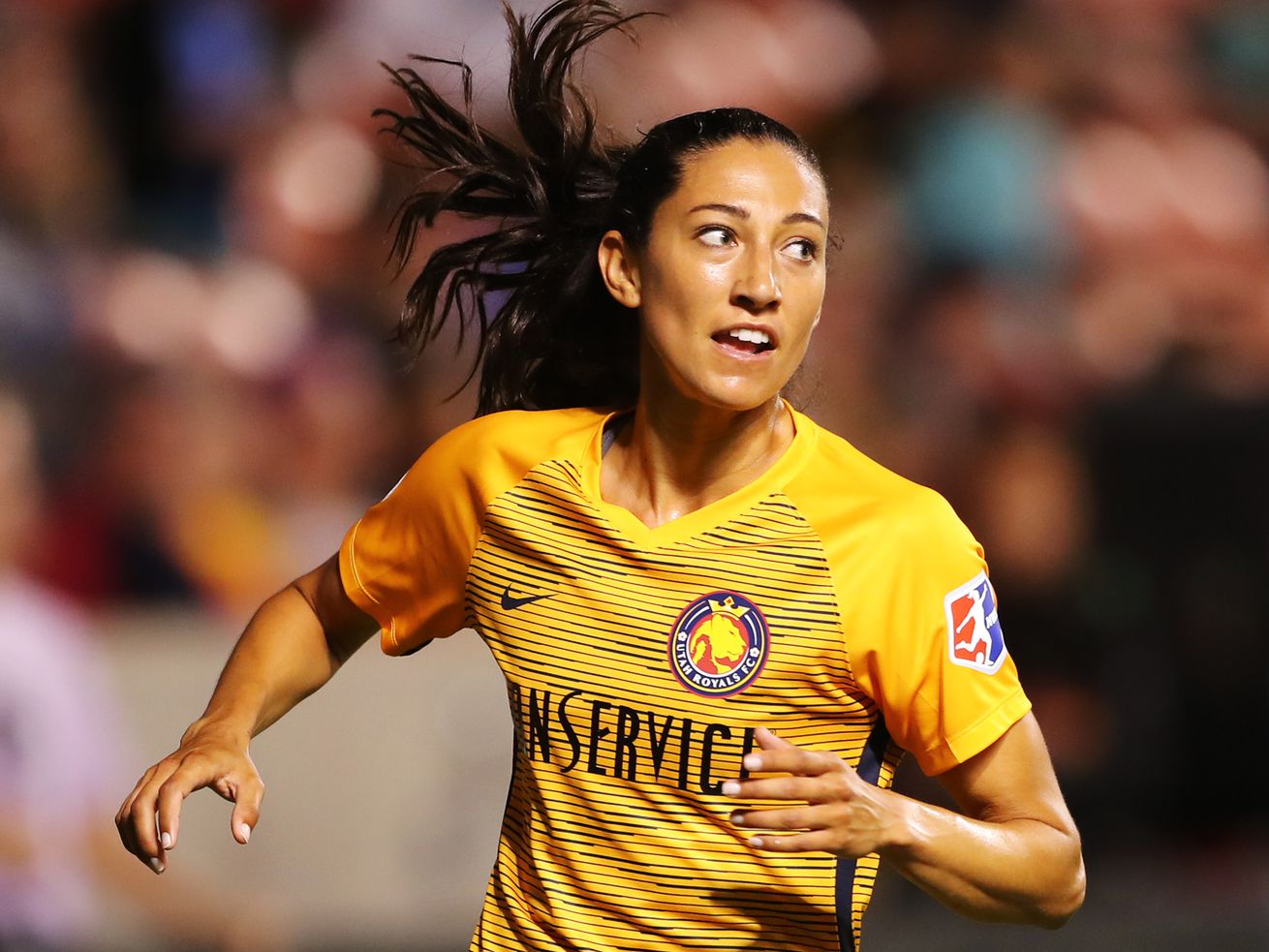 In June of 2018, the new Utah Royals FC franchise made a big splash when it acquired United States Women’s National Team striker Christen Press in a complicated deal that brought Press back to the National Women’s Soccer League after she left to play in Sweden.

URFC gave a big haul to the Chicago Red Stars to acquire one of the world’s best goal scorers, sending Brooke Elby along with a whopping five draft picks. The rationale was that a player of Press’ caliber was worth acquiring, even if it meant leaving the cupboard very bare for adding future developmental pieces to the roster.

On Thursday, after months of indications that Press would not play again for URFC, it was made official when she was selected by Racing Louisville FC in its expansion draft. URFC will receive $75,000 in allocation money as compensation for losing Press.

Press wound up playing in 25 matches for URFC and scored 10 goals to go along with four assists.

What made the marriage between Press and URFC ultimately fail? As with many things of a large magnitude, there were a variety of factors, along with some bad luck.

Things started well enough when she arrived midway through the 2018 season, as she scored her first goal in just her second game. She finished the campaign with just two, however. In 2019, she played two games in April — scoring one goal — before leaving to train for the World Cup.

After the U.S. was victorious, Press returned in July and scored five goals in her first four games back and finished the campaign with eight. In total, she appeared in 14 of 24 games that season. URFC did not make the playoffs, but there was hope that the team could finally break through in 2020.

But then in January, well-respected head coach Laura Harvey left the club for a position with the United States Soccer Federation. Shortly thereafter, Press’ USWNT teammate and URFC captain Becky Sauerbrunn requested a trade to the Portland Thorns so she could finish her career at home.

Then the coronavirus pandemic hit in full in March, forcing the NWSL like every other league in the United States, and the world, really, to scramble. Thanks to outgoing URFC owner Dell Loy Hansen, the NWSL was able to set up a bubbled tournament in Utah, the Challenge Cup, which was played from June 27-July 26.

All players had the choice whether or not they wanted to play or opt out. Only three from the USWNT — close business associates Press, Tobin Heath (who was also selected Thursday by Louisville) and Megan Rapinoe — opted out.

Before the tournament ended, the NWSL announced that an expansion team in Los Angeles would start playing in 2022. Press, who is …read more