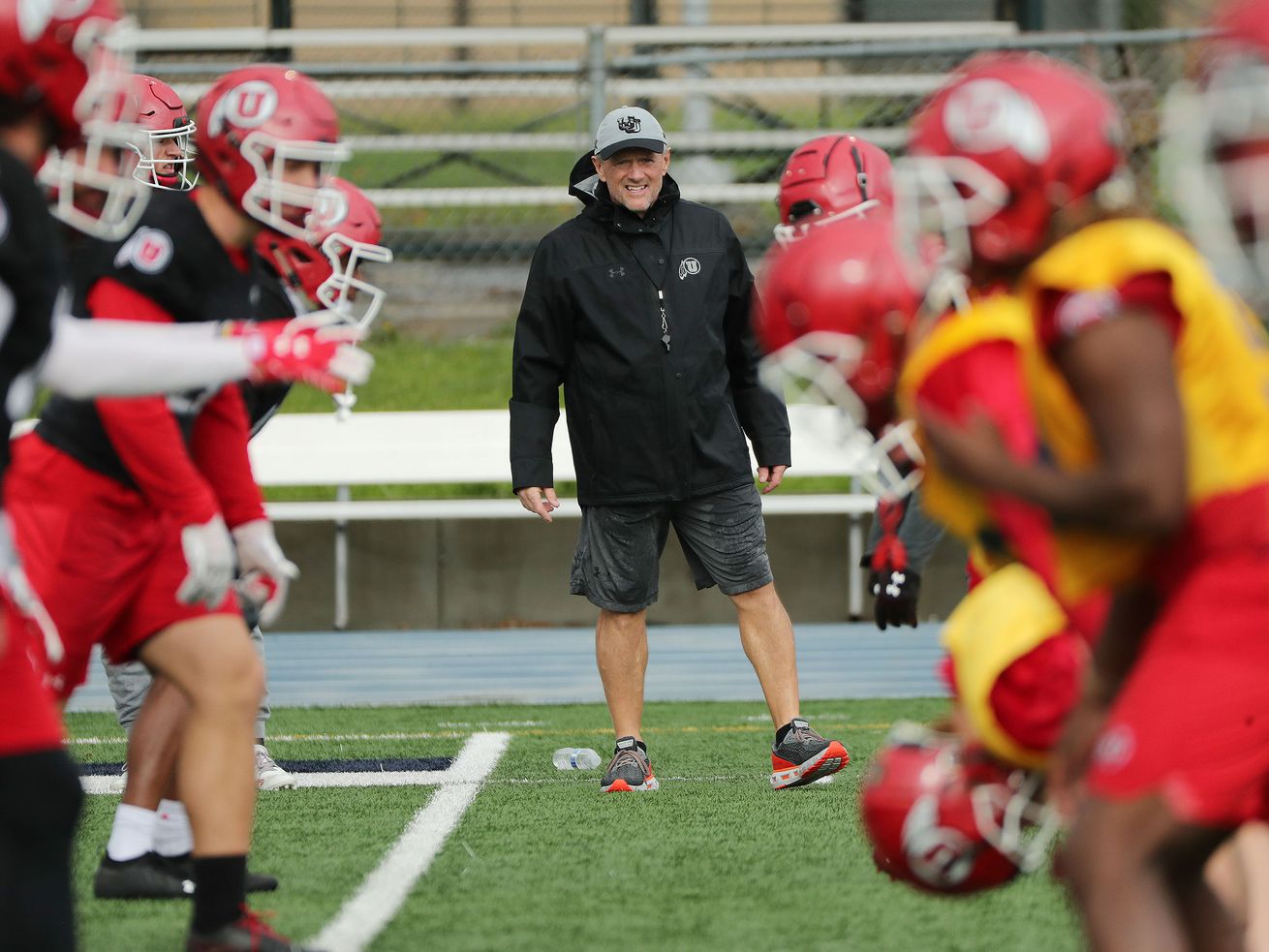 Yes, they’re losing a host of key contributors, but Utah coach still likes what he has left on the shelf

As a sign of solidarity, dedication and confidence after a frustrating, truncated 2020 COVID-19-impacted season, all of Utah’s players that could have declared for the NFL draft decided to return for at least one more campaign.

The mission? To bring home the school’s first Pac-12 championship and earn a trip to the Rose Bowl.

That mission became even more poignant after two Utes, running back Ty Jordan and cornerback Aaron Lowe, lost their lives within nine months of each other.

In the end, it was mission accomplished for Utah, which finished with its first Pac-12 title, its first Rose Bowl appearance, and a 10-4 record, despite a shaky 1-2 start to the season.

The Utes fell 48-45 to Ohio State in “The Granddaddy of Them All” on New Year’s Day in Pasadena in heartbreaking fashion.

But the Utes are built to capture another Pac-12 title and a Rose Bowl berth.

On Tuesday, Utah checked in at No. 12 in the final Associated Press poll. In its “way-too-early” 2022 preseason poll, The Sporting News had the Utes at No. 10 nationally, one spot behind No. 9 Oregon of the Pac-12.

Of course, USC’s bold move in hiring Lincoln Riley away from Oklahoma should make the underachieving Trojans a contender for the South Division crown. USC has plenty of talent. How quickly will the Trojans put it together?

Mike Preston: With so many NFL openings, it’s past time for more Black coaches to be hired | COMMENTARY

As for Utah, despite losing a number of stars and key players from the 2021 squad, including All-America linebacker Devin Lloyd, wide receiver/return specialist Britain Covey, linebacker Nephi Sewell, defensive lineman Mika Tafua, offensive lineman Nick Ford and running back T.J. Pledger, who have all declared for the 2022 NFL draft, Utah has plenty of experienced and talented players returning.

And expect the Utes to once again add players via the transfer portal. They’ve already signed linebacker Mohamoud Diabate from Florida.

Utah, meanwhile, has put together some impressive recruiting classes the last few seasons.

“We’re excited about the youth and the talent on this football team. We went through the roster the other day, and it was 72 of our 85 scholarship guys are scheduled to be freshmen or sophomores again. We were almost in the same boat as this year.” — Utah coach Kyle Whittingham

“We’re excited about the youth and the talent on this football team. We …read more