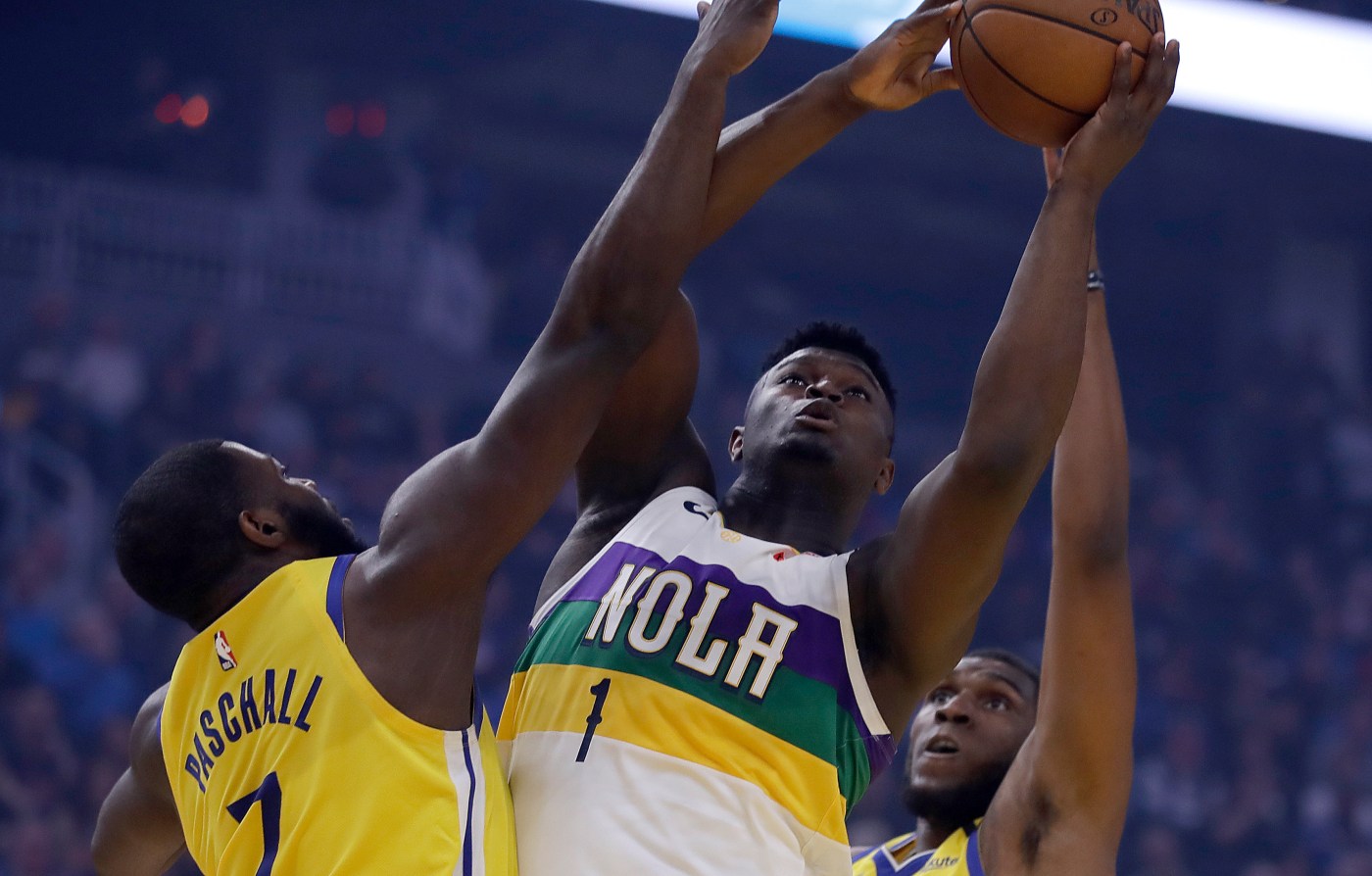 The battle for a spot in the Western Conference play-in tournament reaches a critical point Monday night, when the Warriors face the Pelicans for the first a back-to-back set in New Orleans.

In an interesting wrinkle of the pandemic-shorted schedule, the ninth-place Warriors and 11th-place Pelicans play all three of their matchups this season in the span of 11 days (the Pelicans play at Chase Center May 14).

As of Monday morning, New Orleans trails Golden State by three games in the West. Normally with just eight games remaining in the regular season, that difference would be too great to overcome. However, each of these games is essentially worth double — should the Pelicans win Monday night, they’d add to their win column and also add to Golden State’s loss column.

These three games mark New Orleans’ last hope of making the playoffs and set up a precarious scenario for the Warriors facing a desperate team.

For the Warriors, none of their remaining games are bigger than these. Taking care of business would solidify their spot in the play-in and eliminate a challenger. Losing two of three could result in a disastrous collapse a couple of weeks from the postseason.

Here’s a look at the standings and play-in picture:

Mailbag: Who has earned a spot in the Warriors’ core going forward?

After their 2nd straight loss, how do the Warriors make the most of this season?

Dallas, Los Angeles and Portland are in a battle for the fifth and sixth seeds and the right to skip the play-in tournament altogether. After the regular season, seed Nos. 7-8 will play one game to determine who gets the No. 7 seed in the playoffs. The loser of that game will face the winner of Nos. 9-10 matchup for the No. 8 seed.

Right now, the Warriors are slated to play in the 9-10 game, and would need to win twice to make the playoffs. But should they catch the Grizzlies (just a half-game ahead in the standings), they’d have two chances to get one win and advance.

After this back-to-back set in New Orleans, the Warriors return to Chase Center for a six-game, season-ending homestand against the Oklahoma City Thunder (Thursday, May 6 and Saturday, May 8), Utah Jazz (May 10), Phoenix Suns (May 11), Pelicans (May …read more