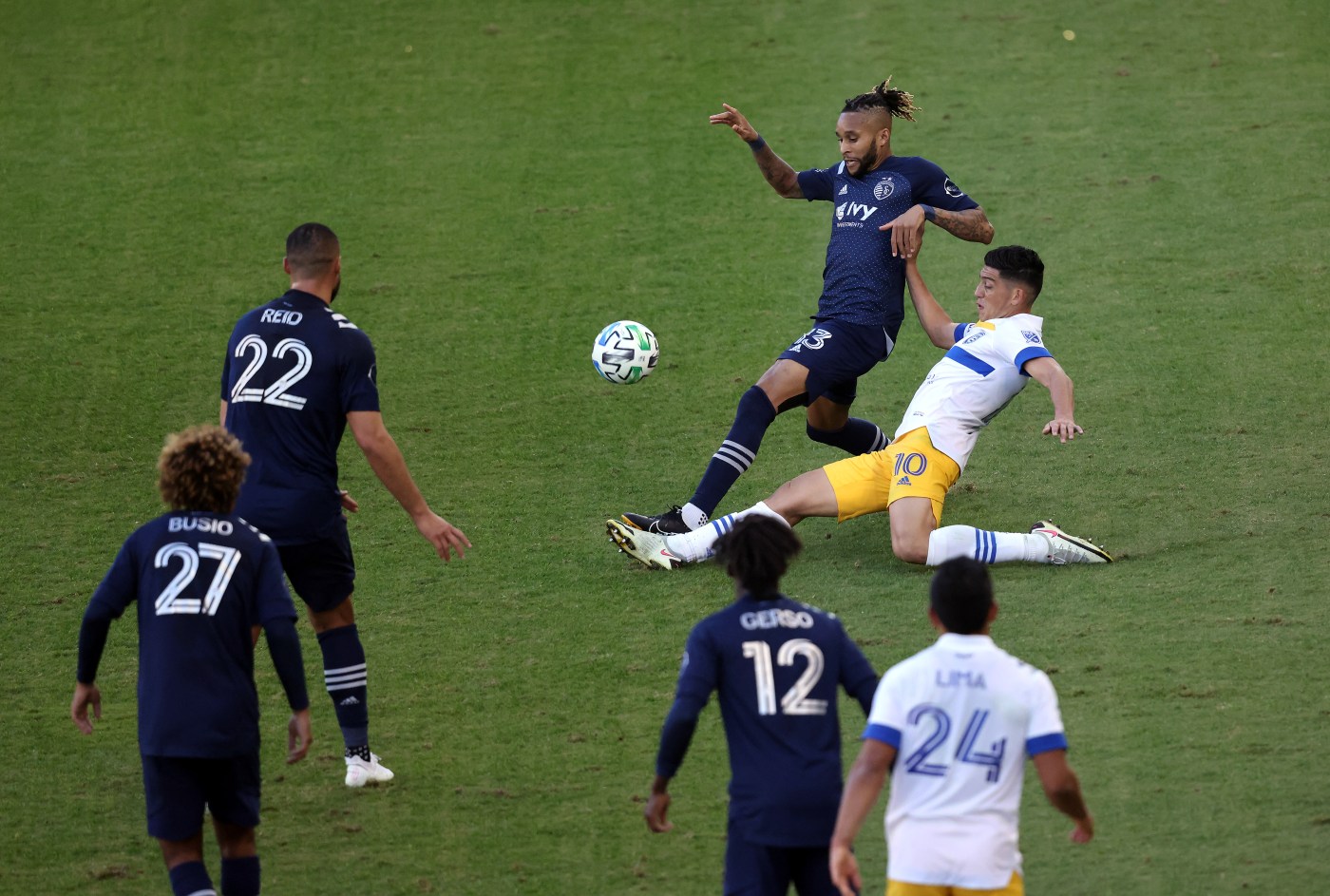 Chris Wondolowski scored in the seventh minute of extra time to extend the season for the San Jose Earthquakes, but the reprieve was short-lived.

After a 3-3 tie in regulation, host Sporting KC advanced 3-0 in the shootout in the opening round of the MLS Playoffs.

It was an exhilarating match filled with ups and downs that befitted a crazy year.

No. 8 San Jose’s return to the MLS playoffs made history as the first postseason match in league history in which both teams scored in extra time. But top seed Sporting KC went 3-for-3 in the shootout, with
Johnny Russell, Ilie Sanchez and Khiry Shelton beating JT Marcinkowski. KC goalie Tim Melia stopped shots from Oswaldo Alanis, Jackson Yueill and Cristian Espinoza. Wondolowski never got a chance to take a shoot.

Gianluca Busio, at 18 the youngest player to make a postseason appearance in club history, gave Sporting a 3-2 lead in the first minute of extra time off a pretty back-heel assist by Khiry Shelton.

That set the stage for Wondolowski, who slipped by his defender and dove into a cross by Espinoza for his second career MLS playoff goal.

Set pieces have been a constant problem for the Quakes, and it continued on Sunday as Sporting got goals at the start of both halves on corner kicks. Roger Espinoza opened the scoring in the fourth
minute with a near-side run, and Sanchez tied it at 2-2 for Sporting in the 47th minute.

San Jose had allowed a league-high 10 goals off set pieces in the regular season, while Kansas City had scored 12 in those situations, tied for the most in MLS.

The Quakes scored twice in the first half, and led 2-1, thanks to crosses from Espinoza, the team leader in assists (nine). Carlos Fierro got on the end of the first one in the 22nd minute, though he benefitted when his
off-target volley deflected off the head of defender Roberto Puncec.

San Jose took the lead in the 35th minute when Shea Salinas, in his 13th MLS season, scored his first playoff.

This was San Jose’s first playoff game under second-year coach Matias Almeyda, who came in to revitalize the Quakes and has a record of tournament success, including the 2018 CONCACAF Champions League with Mexican club Chivas.

The match pitted the two hottest teams in the Western Conference, with both clubs finishing 6-3-1. That was enough to give Sporting the top seed and allowed the Quakes to make the playoffs despite an eight-match winless streak in September.

San Jose hasn’t advanced out of the opening round since 2010, and hadn’t scored a playoff goal since 2012. The Quakes lost 5-0 at Vancouver in their last playoff appearance, in 2017.

This story will be updated with postgame quotes.