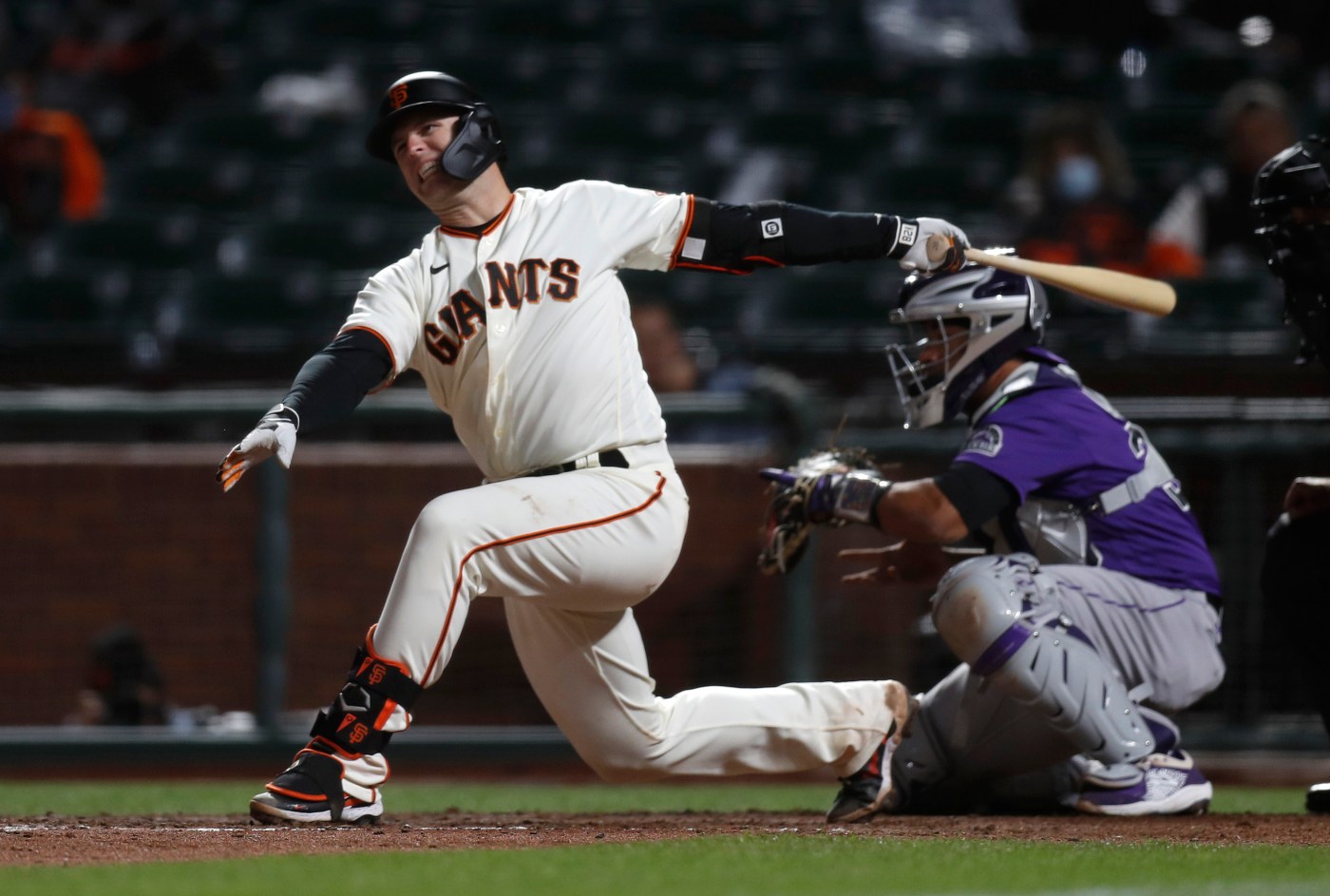 During the prime of Buster Posey’s career, a “day off” often required him to spend a day manning first base.

Posey’s bat was so valuable to the Giants lineup that former manager Bruce Bochy felt that when his catcher needed to rest his legs, he could do so at a secondary position on the diamond.

When asked about the possibility of using Posey at first base this season, second-year manager Gabe Kapler said during spring training that he didn’t foresee the six-time All-Star playing anywhere other than catcher.

“I wouldn’t rule anything out,” Kapler said in late March. “But I would say that there are no plans to have Buster at first base anytime soon.”

A month into the regular season, Posey’s offensive resurgence might force Kapler to reconsider.

SF Giants squander chance after chance in loss to Padres

In 64 at-bats this season, Posey has hit six home runs and leads the Giants with a .359 average and 1.110 OPS. He’s been the club’s most consistent hitter, but because Posey spends all of his time behind the plate, he almost always takes one day off per series to rest.

At least for now, Kapler doesn’t envision Posey’s role changing, but he acknowledged it’s “tempting” to find ways to keep his team’s best bat in the lineup.

“The most important thing we’re thinking about right now is how do we get Buster Posey to continue to have his body recover and move the way it’s moving?” Kapler said Saturday. “It’s very, very tempting to get him into the lineup as a first baseman the day game after a night game, but it’s more important to ensure that he gets adequate recovery.”

Of the six home runs Posey has hit this season, four have come in games that took place after the Giants’ franchise cornerstone had a day off. The other two were hit on the first two days of the regular season, when Posey was as well-rested as he’ll be all year.

The Giants may reach a point late in the summer where they have to prioritize Posey’s production over keeping him off his feet for an entire game, but for now, they’re thrilled with the results they’re seeing from a catcher who looks like he’s rediscovered an ability to hit …read more