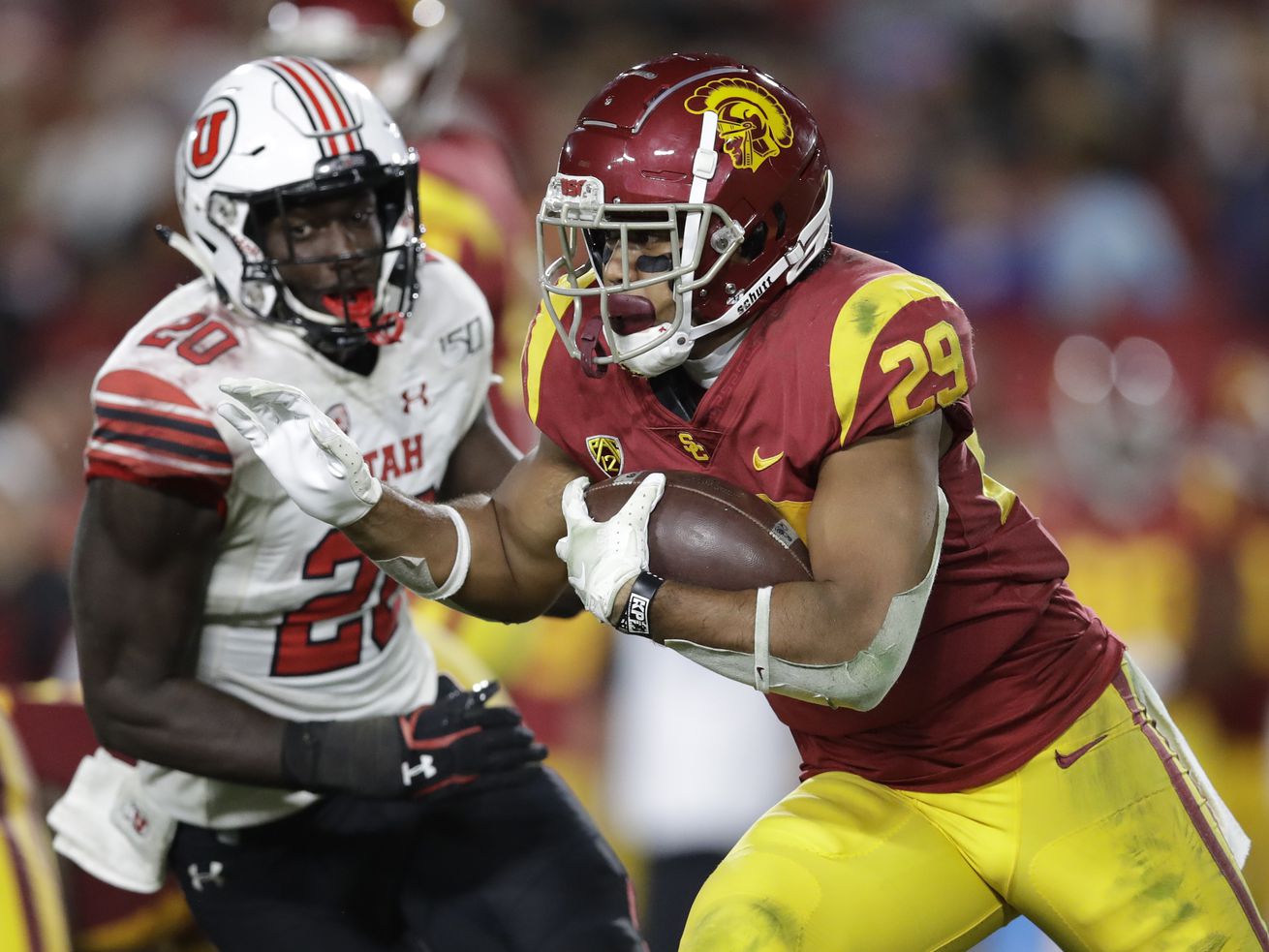 USC coach Clay Helton expressed optimism that the game against the Utes will be played, but wouldn’t rule out playing another opponent if needs arise.

Will the third time be the charm for the Utah football program?

The previous two weeks, the Utes — the only Pac-12 team that has yet to play this season — have seen scheduled games against Arizona and UCLA canceled and declared no-contests due to COVID-19.

Utah is scheduled to host No. 20 USC Saturday (8:30 p.m. MST, ESPN) in its third attempt to play a season opener since the month began.

The Trojans rallied in the fourth quarter to beat Arizona last Saturday, 34-30.

USC coach Clay Helton expressed optimism Sunday that the game against the Utes will be played.

“I’m hoping we get the opportunity to have a chance to compete with Utah. It looks like it’s headed in that direction,” Helton said. “Let’s say our prayers and hopefully both teams will stay safe and stay trending toward the same direction.”

No doubt, the unpredictability of the virus has wreaked havoc.

Last week, Utah players received daily PCR COVID-19 tests in addition to the daily antigen tests, according to athletic director Mark Harlan. After a few positive tests last Monday, there were no positive tests Tuesday through Thursday. But on Friday morning, one player on the travel squad tested positive, bringing the total of confirmed positive cases to 17 among the players and coaching staff. An additional 11 members of the program were forced to quarantine because of contact tracing protocols.

As a result, Utah fell below the conference’s threshold of 53 scholarship players available to play and the game against UCLA was canceled.

The Pac-12 has proven that it is willing to be flexible in its scheduling. After the Utah-UCLA game was scrapped, the Bruins played California on Sunday morning at the Rose Bowl, thumping the Golden Bears, 34-10.

There’s speculation that if the Trojans (2-0) aren’t able to take on the Utes this weekend, USC could play Colorado, which is also 2-0 this season. Some have offered another potential contingency plan — USC rival Notre Dame has a bye this week.

“If something doesn’t work out and it’s postponed or canceled and there’s another opportunity, our kids just want to play. And it doesn’t matter how much time it is before the game, as long as the pads can get there, and we can get a plane to go some place, I think we would go anywhere to have the opportunity to play.” — USC coach Clay Helton

“If something doesn’t work out and it’s postponed or canceled and there’s another opportunity, our kids just want to play,” Helton said. “And it doesn’t matter how much time it is …read more