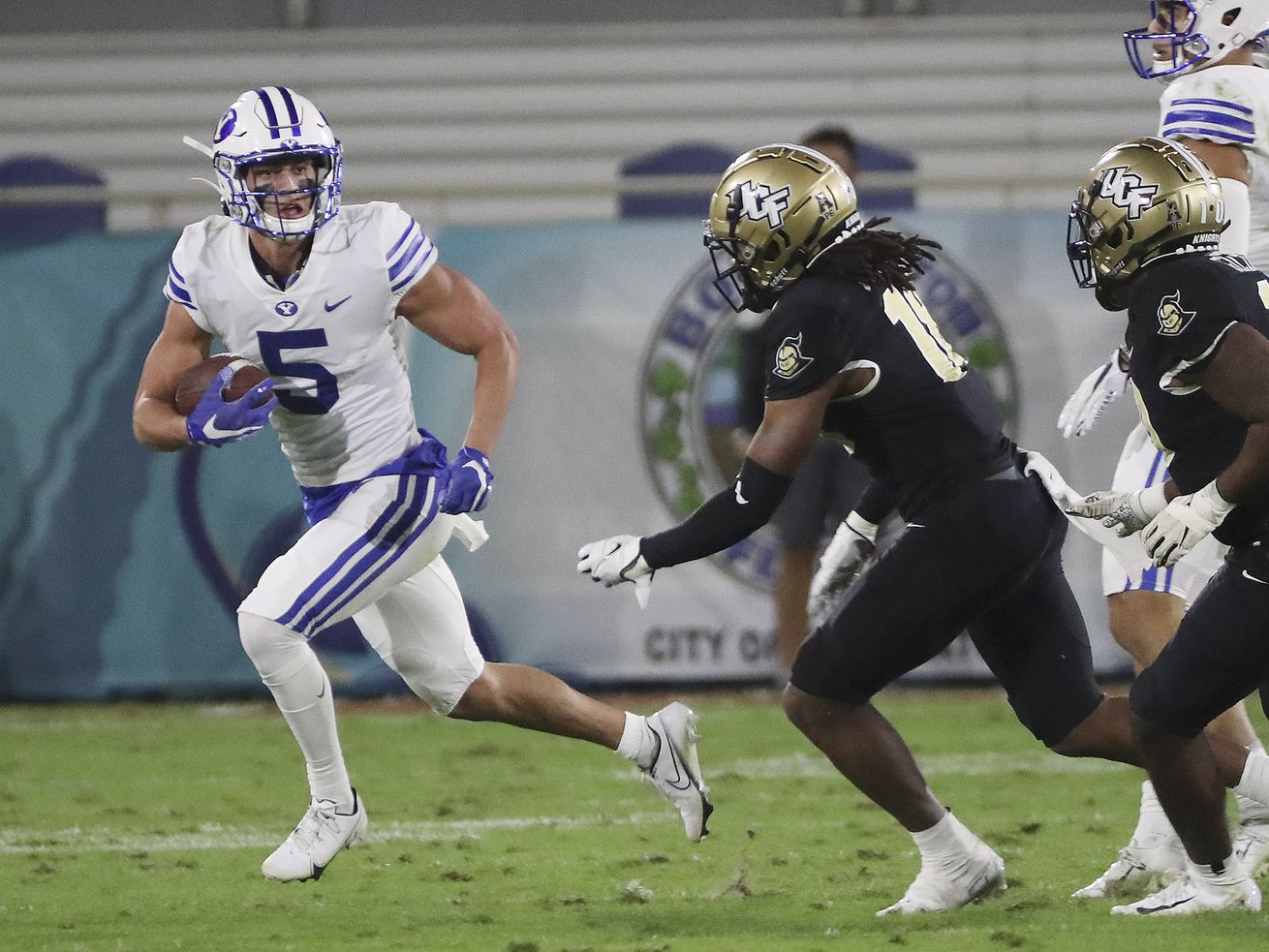 Brigham Young Cougars wide receiver Dax Milne (5) runs for a gain during the Boca Raton Bowl in Boca Raton, Fla., on Tuesday, Dec. 22, 2020. Milne was picked in the seventh round of the NFL draft Saturday by the Washington Football Team. | Jeffrey D. Allred, Deseret News

Fantastic season pays dividends as BYU gets five players drafted, including three in the last 10 picks on Saturday

At about the same time the Kentucky Derby was wrapping up Saturday afternoon with an exciting four-horse finish, the BYU football program was getting a good jolt of its own.

Talk about nailing the ending.

With just 10 picks remaining in the 2021 NFL draft, BYU was stuck on two players — Zach Wilson in the first round to the New York Jets and Brady Christensen in the third round to the Carolina Panthers.

Then fortune smiled upon coach Kalani Sitake’s program just when it appeared it would be another mildly disappointing draft for the Cougars.

The Washington Football Team had the penultimate pick and tabbed BYU receiver Dax Milne at No. 258 in the seventh round.

That huge sigh of relief could be heard from Provo to Cleveland, site of the 86th NFL draft. BYU’s much-hyped draft class had delivered, at last.

Five is the most draft picks BYU has had in a seven-round draft in program history.

Five BYU players were drafted in the 2021 NFL Draft—the most since 2002—as defensive lineman Khyiris Tonga, cornerback Chris Wilcox and wide receiver Dax Milne each had his name called in the seventh round on Saturday.

Had productive tight end Matt Bushman not sustained a season-ending Achilles injury in late August, the Cougars almost certainly would have had six players drafted. Moments after the draft ended, Bushman reportedly signed a free agent deal with the Las Vegas Raiders, one of the teams that had given him an extensive physical last month.

If at least half of these guys end up sticking in the league, BYU’s class of 2020 could easily be called one of the best in school history.

For many, it was especially cool to see Wilcox become the first BYU defensive back to be drafted in 28 years.