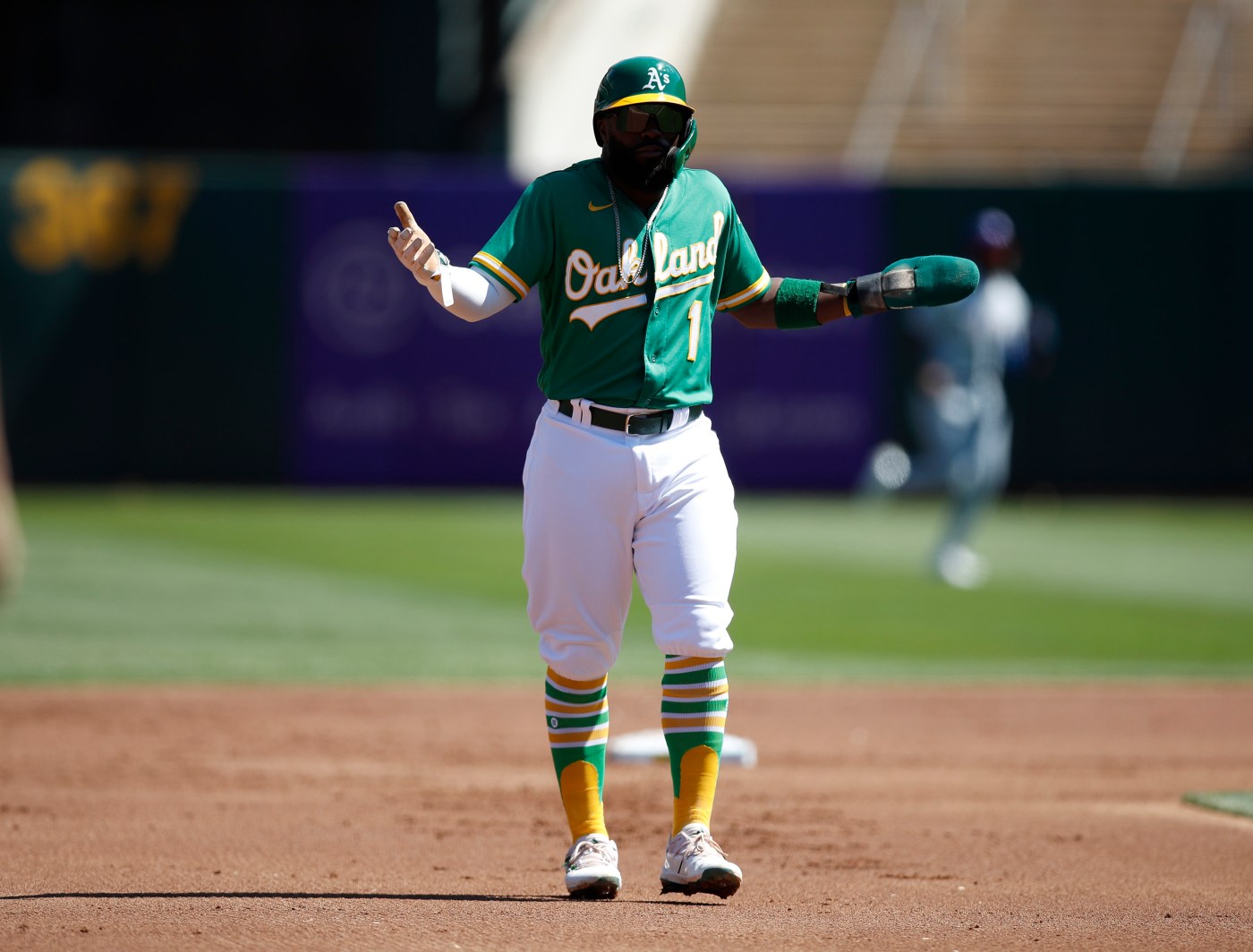 OAKLAND — The Oakland A’s dropped a crucial series against the Texas Rangers at home with a 4-3 loss on Sunday afternoon. With both wild card spots up for the taking between five teams, the series loss is another brutal blow to the A’s chances at gaining steam.

James Kaprielian pounded the strike zone, but the Rangers were just as aggressive and collected eight hits with four runs scored against him. Texas knocked Kaprielian out of the game with runners on the corners, two outs in the fourth inning. It marked the third consecutive start for Kaprielian in which he’s been unable to pitch beyond the fourth inning. He struck out five and walked one batter.

The A’s collected two hits to lead off a fruitless first inning against Texas starter Taylor Hearn, then didn’t get a hit until Yan Gomes’ solo home run to start the fifth inning. Starling Marte’s sharp infield single, league-leading 45th stolen base combined with Matt Olson’s 34th home run of the year (19th off a left-hander) put the A’s within one run and ultimately kicked Hearn out of the game having thrown 80 pitches in seven innings.

Daulton Jefferies kept the Rangers from tacking on, getting the final out in the fourth inning and going three more scoreless with two strikeouts and three hits allowed. Since recalled from Triple-A at the end of August, Jefferies has given up three earned runs over 10 innings in four appearances. Jake Diekman pitched a clean eighth inning with two strikeouts to keep the door open.

The A’s went down in order in the seventh and Elvis Andrus hit into a rally-killing double play in the eighth inning. Lou Trivino pitched a scoreless ninth inning that ended with a 13-pitch battle with Adolis Garcia’s pop out. But the A’s didn’t record a hit after Olson’s home run.