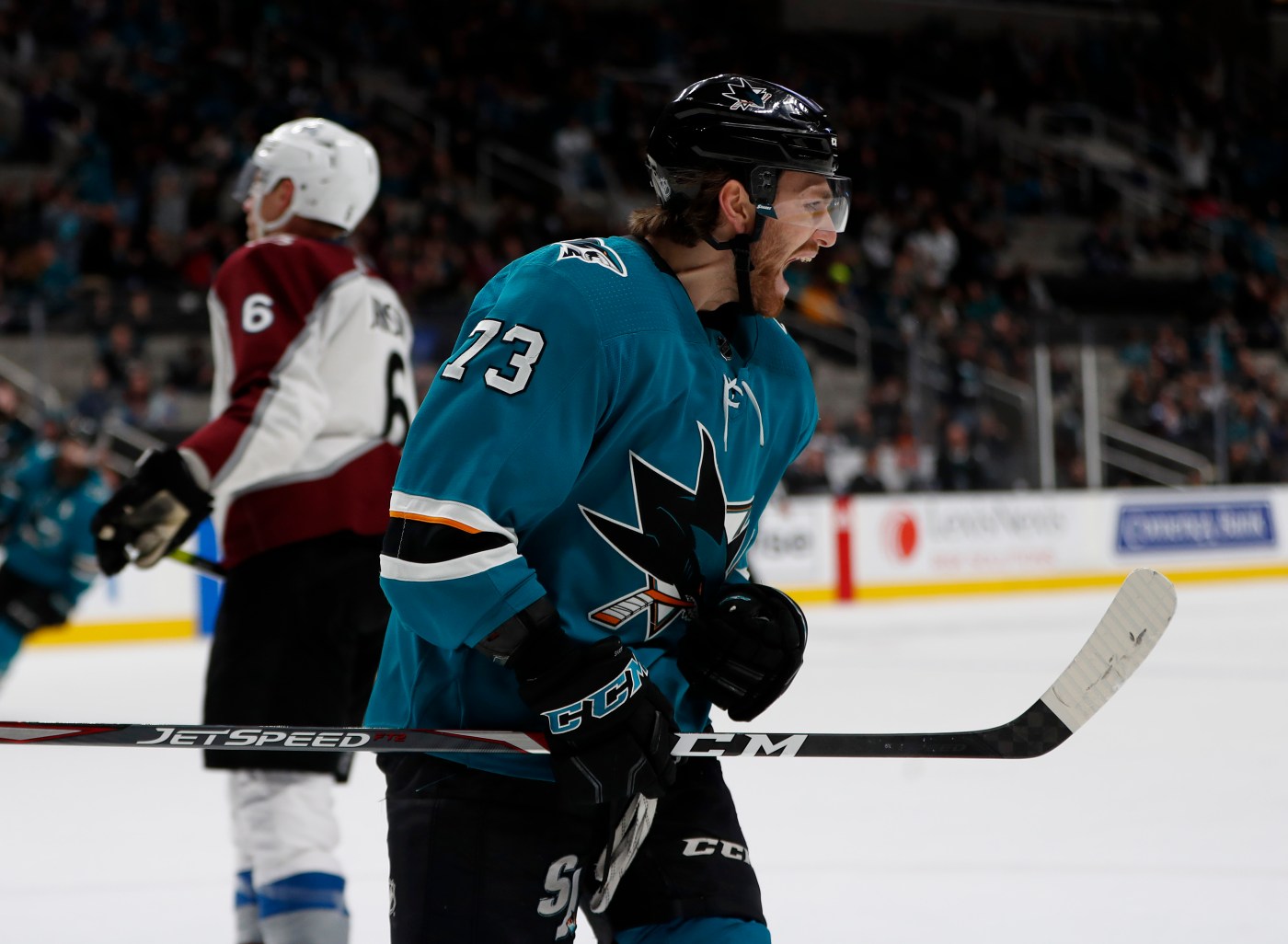 “They looked like our first line tonight,” Boughner said. “They look like they’ve got a little chemistry out there. The one thing that separates them out there right now is the speed.”

The Sharks came into training camp looking for another winger to play in their top six forward group. Donato started camp alongside Tomas Hertl and Evander Kane, but was later replaced by John Leonard, who has received positive reviews in that role so far.

But they also needed to revamp a third line that was now without Joe Thornton, who signed a one-year contract with the Toronto Maple Leafs in October. Perhaps the Sharks couldn’t completely replace everything Thornton did for the team off the ice, but they needed to find someone who could best duplicate his offensive production.

So far in camp, Gregor, who showed flashes of his offensive capability in his first year as a pro last season, has earned kudos for his work so far as a centerman. Donato seems to have found a home and Nieto has burnished his reputation as a speedy and versatile winger.

The trio combined for two goals and two assists for Team Teal in their 5-3 win over Team White on Friday. The Sharks have their final scrimmage of training camp Sunday night.

“We’ve been together now for a couple of skates, and then the game today, I thought we played pretty solid,” Gregor said. “I definitely can bring some speed and then both guys, Nieto and Donato, have the ability to make plays. It was pretty fun out there tonight.”

Things could change, but it seems to be a safe bet at this point that the three will be together for the Sharks’ season-opener on Thursday against the Arizona Coyotes. Regardless, Boughner feels the depth of his forward group will be faster than it was a year ago.

“They seem to be working together,” Boughner said of the trio. “Pucks are coming underneath with speed, and then they get into the offensive zone and they’re tough to stop because they’re cutting back and protecting pucks and  doing everything at top speed.

“That’s a big advantage for us if we can get the third line being able to play against any line out there, but especially being able to produce offense.”

Nieto had something of a career rebirth in his three-plus seasons with the Avalanche.

Nieto was playing only occasionally for then-coach Pete DeBoer in the first half of the 2016-17 season, and was placed on waivers in January 2017 by the Sharks and given a chance to get a fresh start elsewhere. He was claimed by the Avalanche, then the worst team in the NHL by a wide margin.