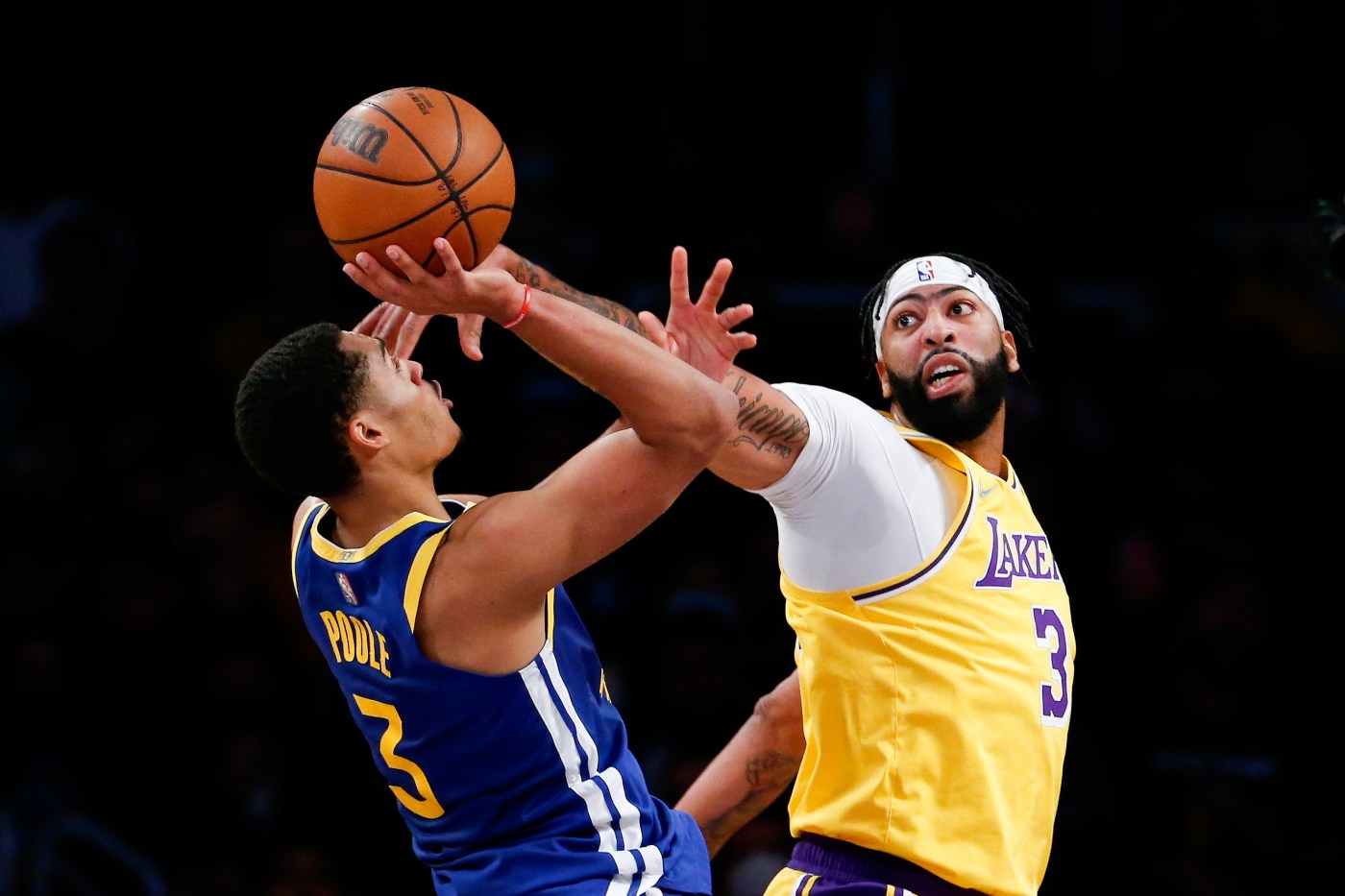 Golden State earned its fourth win of the preseason behind a star-less lineup that held its own against the Lakers’ trio of superstars making their debut together. Six Warriors scored in double figures en route to a 111-99 win at Staples Center.

More importantly, coach Steve Kerr and staff got an extended looks at players fighting for rotation minutes and roster spots.

Avery Bradley was honored as a member of the 2020 NBA champion Lakers before Tuesday’s game. But it was just about everyone else battling for the backup spot in Golden State’s backcourt that benefitted from Curry and Green’s absence.

Damion Lee started in Curry’s place and was one of the most active players all night. He dropped 16 points and grabbed nine boards. Everyone in the arena felt Gary Payton II’s presence after his third single-handed slam dunk of the first half.

Payton is known for his defense, like Bradley, but he showed impressive off-ball movement that resulted in one of his three slams on a bounce feed from Bjelica after cutting through the paint. He finished with 12 points in his first playing time of the preseason after returning from surgery on his hernia.

“I like rewarding Damion. He’s had a great camp,” Kerr said before Tuesday’s game. “He’s a guy on our team who we kind of take for granted. He’s such a pro. Such a rock solid player. He’s ready every night whether I play him 20 minutes or I don’t play him at all.”

NLCS: Dodgers on brink of elimination after Game 4 loss to Braves

Teammates describe first-round pick Moses Moody as a quiet guy. But he’s quickly learning what the spotlight feels like.

Under the bright lights of Staples Center, Moody saw his most playing time of the preseason — and his most intimidating matchups. Moody matched up against Russell Westbrook on defense and even bodied up Anthony Davis, turning a gimme basket into foul shots. On offense, Moody missed all six attempts from the field; his best moment came when he fed a bounce pass to Nemanja Bjelica out of a corner trap, and Bjelica put it home for 2.

Kerr said Moody suffered from poor shot selection and never got into a rhythm offensively.

“I thought he got a little out of sorts,” Kerr said afterward. “Things have gone really well for him to this point. Just a stumbling block. No rookie comes in and plays great every game.”

Moody has proven to be a serious threat from beyond the arc (5-for-9 in four preseason games after going 0-2 Tuesday), but it’s his intangibles that have impressed the most. That was best highlighted in Golden State’s first preseason matchup against the Lakers, when he helped box out Dwight Howard.