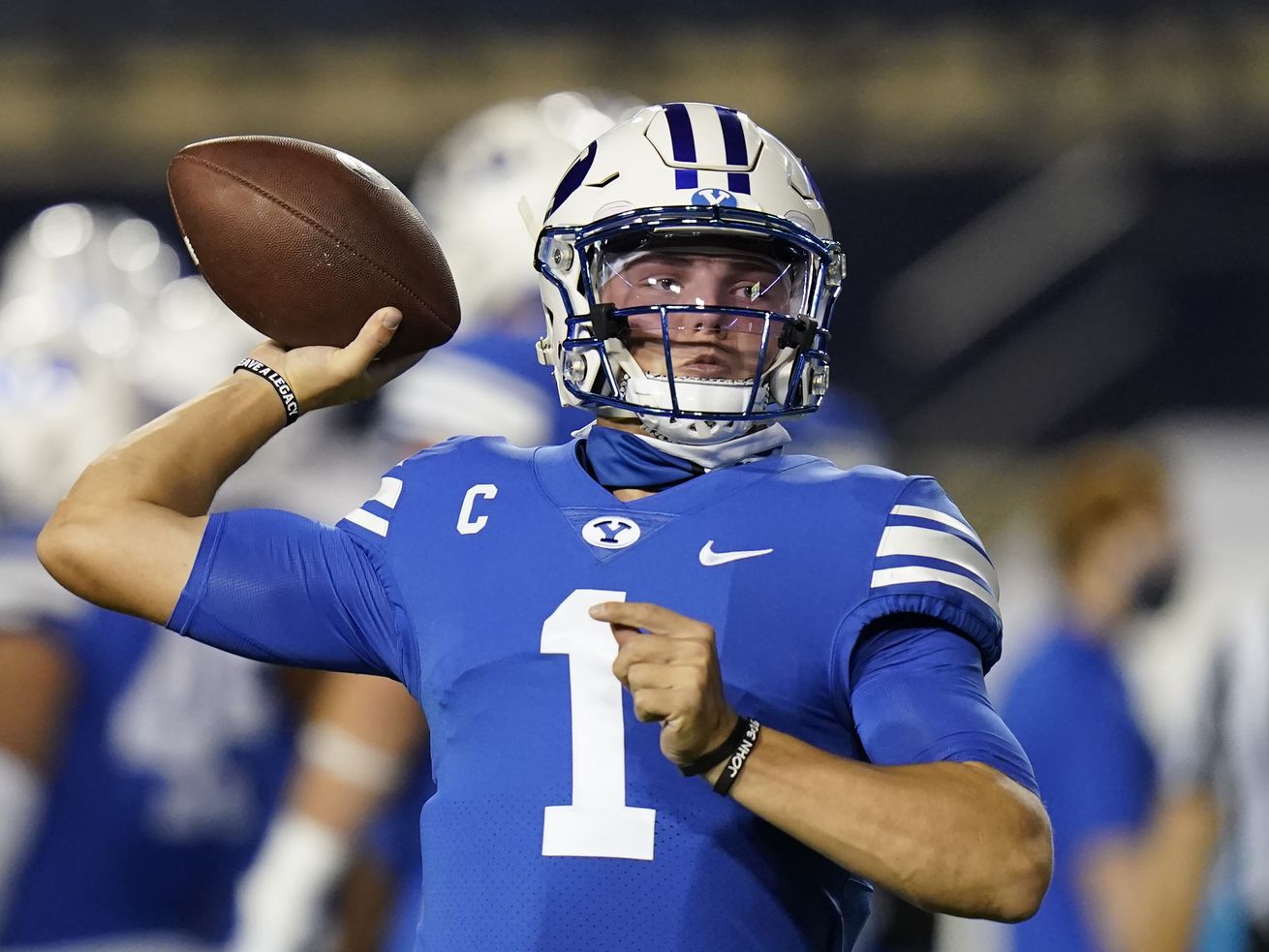 With the Cougars playing a watered-down schedule, is Heisman talk reasonable?

PROVO — Zach Wilson’s accuracy is off the charts.

And the BYU junior has sprinted into the national spotlight and conversation for Heisman Trophy consideration based on his work against three opponents.

But it is playing against those opponents, instead of an SEC or Pac-12 group of opponents, which makes Heisman talk more blue-goggled chatter than reality.

And that’s not a knock on Wilson.

There’s a certain unwritten matrix Heisman Trophy winners and candidates invited to New York for ceremonies must incorporate to be atop the list by a winning chunk of Heisman voters.

Wilson really needs more of those tangibles on his resume. He is on target to set school records for accuracy and pass efficiency. This at a school that set the college standard with Jim McMahon and Ty Detmer.

This is just bonkers to think about.

What in the actual crap? That’s just ridiculous https://t.co/fkKVf1B2Wg

I’ve been a Heisman Trophy voter for most of four decades and Wilson certainly is deserving of a close look by fellow voters. It includes publicity, exposure, dramatic big-time wins, respected competition, records and dominating statistics over a consistent run.

The hill Wilson has to climb in terms of exposure given to the leading candidates Trevor Lawrence of Clemson, Kyle Trask of Florida and Ohio State’s Justin Fields, who hasn’t even played a game, is, to be frank, monumental in 2020.

Generally, a Heisman winner has to have a defining win or two over a highly ranked program or two during the course of a season. He must consistently win, put up gaudy numbers as a QB, running back or receiver. Linemen, linebackers and cornerbacks are almost never in the running because of this.

A Heisman winner has to come from a huge campaign launch built on a previous season’s work, like Kyler Murray, Baker Mayfield or Oregon’s Marcus Mariota in 2014.

A Heisman winner has to dominate some aspect of NCAA statistics, and in the absence of playing a killer schedule like Wilson lost due to the COVID-19 pandemic this season, he has to be almost statistically obscene to creep into the top five.

Zach Wilson is in pretty good company for best completion percentage through three games in a season https://t.co/9hKAog0Jfz pic.twitter.com/0EPK359ggK

On the other hand, it can be done from Provo, as Ty Detmer proved in 1990. In that year he already owned a gob of NCAA records set as a sophomore. He was a star in an early September 1990 victory over defending national champion Miami — the Alabama of his day.

Detmer had the statistical resume of two record-breaking years. The win over Miami was dramatic. It …read more