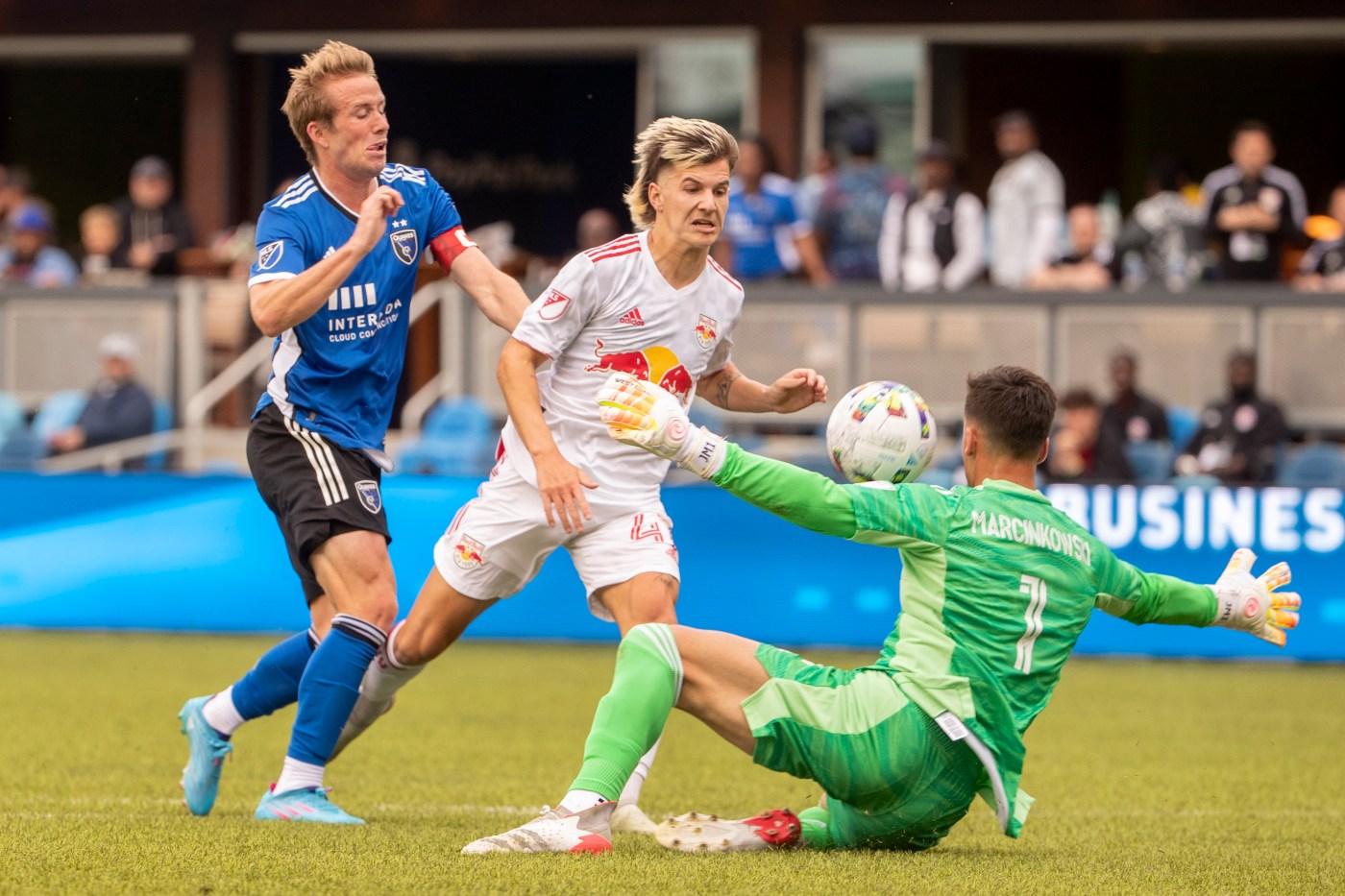 The Earthquakes kicked off the post-Chris Wondolowski era with a clunker on Saturday at PayPal Park – a 3-1 loss to the New York Red Bulls in the season-opener that displayed that leaky defense Quakes fans have come to know and curse under head coach Matias Almeyda.

The franchise that has made the playoffs just three times in the past 10 seasons hoped to start quickly with a fast attacking style, but the physical Red Bulls outshot San Jose 18-12. Even though the Quakes had 70 percent of the possession, New York bided its time and attacked with lethal intention.

San Jose has a new look this season with the legendary Wondolowski, the MLS all-time leading scorer with 171 goals, now helping new GM Chris Leitch in the front office.

Transitions, as the Quakes will learn, take time.

“It’s the first match without Wondo and the other seven guys that left,” Almeyda said, using a translator. “It’s a big change. But we’re all here to present the team in a different way, and to improve as well.”

The team rolled out three new established MLS veterans in Francisco Calvo, Jamiro Monteiro and Jan Gregus in the starting lineup, but the newcomers didn’t immediately gel. Monteiro absorbed a lot of punishment in his Quakes debut.

“I hate to lose, but when I lose, I learn from it and take it to the next game,” said Monteiro, a playmaker and designated player traded to the Quakes from the Philadelphia Union. “It’s motivation for the next game, and I will do everything for the next game not to lose.”

Trailing 1-0 in the second half, San Jose catalyst Javier “Chofis” Lopez nodded in a shot off a laser-like free kick by Cristian Espinoza to equalize in the 69th minute. Lopez led the Quakes in scoring with 12 goals last season.

The Quakes did show potential, but the fan base has seen this storyline far too often.

San Jose won its first two home games in 2021 but managed only three wins in its final 15 home matches (3-7-5) while averaging just one goal a contest and being outscored 54-to-46 on the season.

Will the franchise figure it out this time after missing the playoffs in 2021, now with a restless head coach seemingly eyeing the exit ramp in the final season of his contract?

In the run-up to Saturday’s game, the Argentine coach said he was “thankful” for the chance to coach San Jose …read more