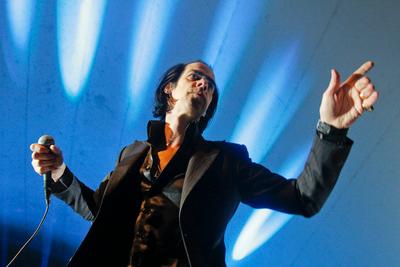 Nick Cave and Warren Ellis have been making music together for more than a quarter century.

They began collaborating in the early ’90s, when Ellis — a multi-instrumentalist whose talents include violin, piano, accordion, bouzouki, guitar, flute, mandolin and viola — contributed to the terrific “Let Love In” album and soon after joined Cave’s Bad Seeds band.

The inspired partnership extended beyond the Bad Seeds, with the two musicians working together on several soundtracks as well as in the rocking side project Grinderman.

In early 2021, Cave and Ellis added something new to their shared resume when they released “Carnage” — their first album together as a duo. The outing earned rave reviews from the press, landing on best-of-2021 lists from such publications as Paste, Mojo and the Sunday Times.

As a follow-up, Cave and Ellis have now launched their first-ever North American duo tour.