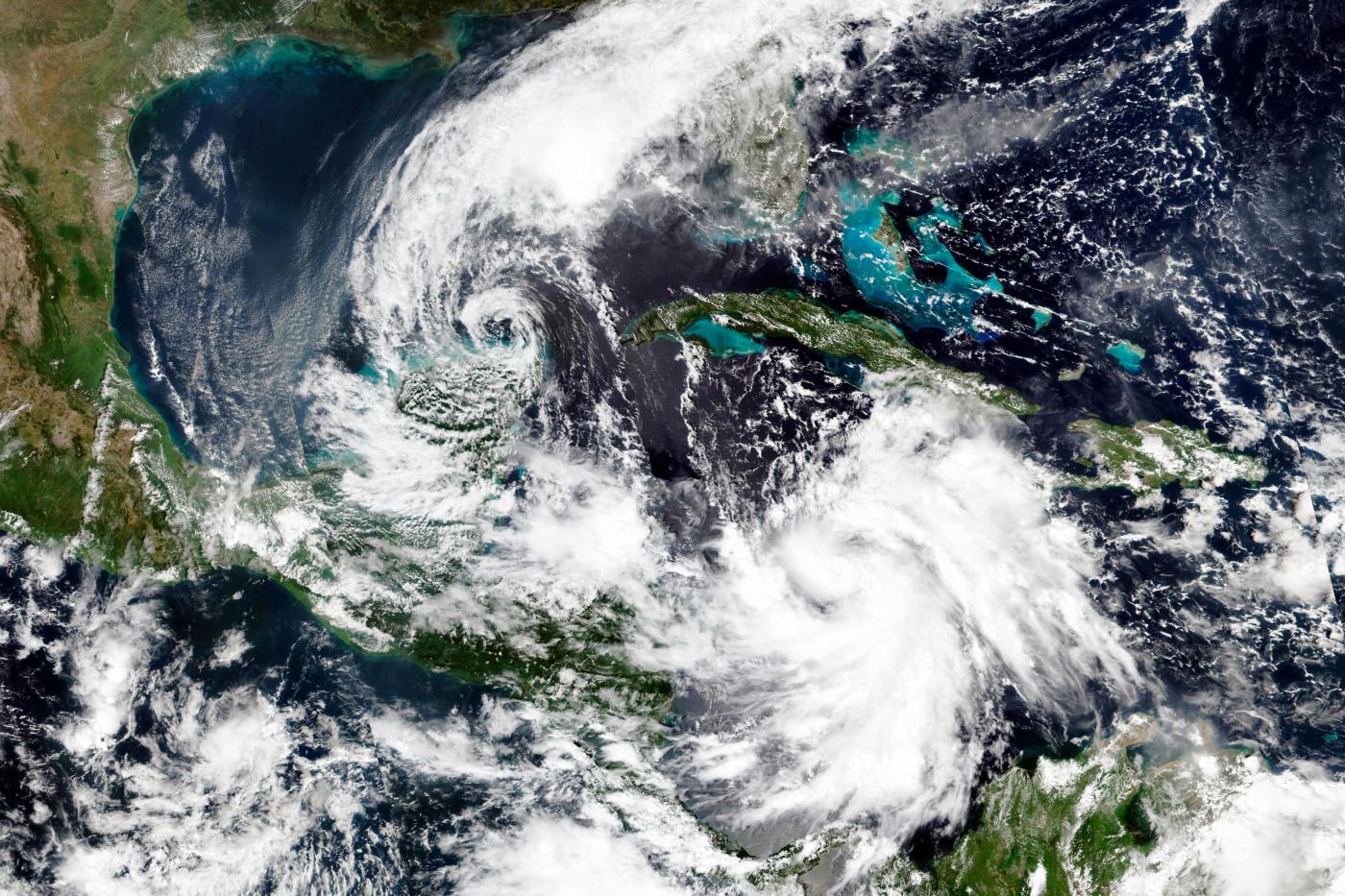 MEXICO CITY — Hurricane Delta rapidly intensified into a Category 2 hurricane with 110 mph winds Tuesday on a course to hammer southeastern Mexico and then grow to a potentially catastrophic Category 4 on approach to the U.S. Gulf Coast this week.

Cuba’s westernmost province and the Cayman Islands were under tropical storm warnings on Tuesday as Delta shifted west. The immediate worst impacts were expected along the resort-studded northeastern tip of Mexico’s Yucatan Peninsula, where hurricane conditions were expected Tuesday night and landfall early Wednesday.

From Tulum to Cozumel, tourism-dependent communities still being soaked Tuesday by the remnants of Tropical Storm Gamma could bear the brunt of the storm.

“I honestly don’t see much that will stop it until it reaches Yucatan, due to low vertical wind shear, high deep-layer moisture, and the very warm and deep waters of the northwestern Caribbean,” National Hurricane Center forecaster Eric Blake said.

Data from a U.S. Air Force Reserve hurricane hunter plane indicate that Delta will continue to strengthen as its forward speed increases, the Hurricane Center said. It’s expected to hit the Yucatan as a major hurricane, with an extremely dangerous storm surge raising water levels by as much as 6 to 9 feet in the Yucatan, accompanied by large and dangerous waves, and flash flooding inland.

Delta “presents an important danger for the coastal regions” because of the storm surge in the lower parts of Quintana Roo, such as the resorts of Cancun, Holbox island or Isla Mujeres, Jorge Zavala, head of Mexico’s meteorological service, said in a press conference late Monday.

Once it moves on from Mexico, Delta is expected to become even stronger over the Gulf of Mexico, sustaining winds up to 130 mph as it approaches the U.S. Gulf Coast, where landfall around Friday would be followed by heavy rainfall across the southeastern United States.

“While there is large uncertainty in the track and intensity forecasts, there is a significant risk of dangerous storm surge, wind, and rainfall hazards along the coast from Louisiana to the western Florida Panhandle beginning Thursday night or Friday. Residents in these areas should ensure they have their hurricane plan in place and monitor updates to the forecast of Delta,” the Hurricane Center said.

Beach communities on the Alabama coast are still clearing away the damage from Hurricane Sally, which made landfall at Gulf Shores on Sept. 16, as they warn people to be ready for Hurricane Delta.

Erosion from Sally, which gnawed away at beaches and dunes, still hasn’t been repaired and could worsen the flooding threat from Delta, since there’s less sand to stop the water, according to an update from the town of Gulf Shores.