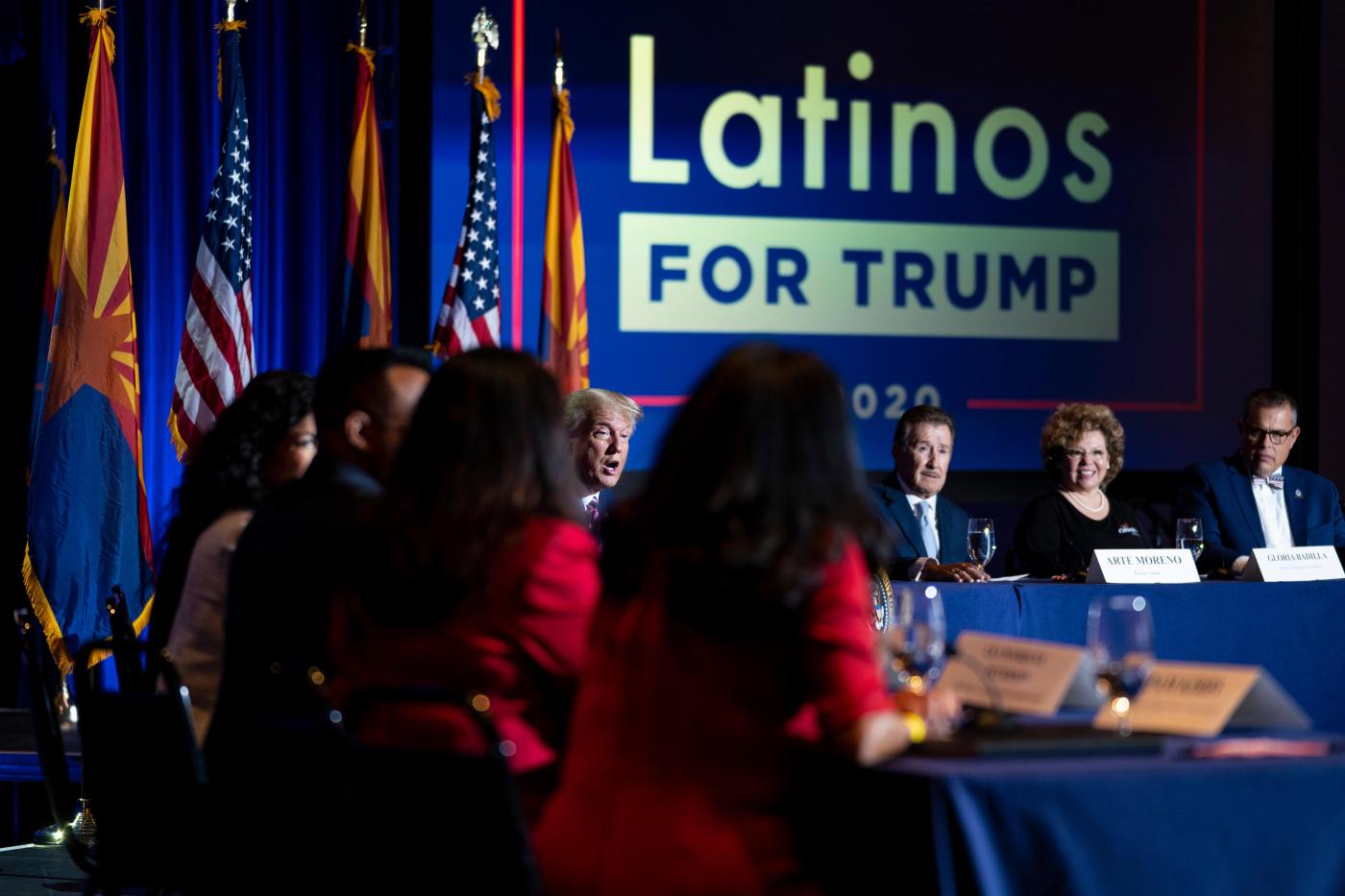 PHOENIX — At the Church of God of Prophecy, hundreds come each Sunday for two hours of worship in Spanish. They share passages from the Bible, sing and embrace each other tightly. The evangelical congregation, led for nearly 25 years by the Rev. Jose Rivera, is nearly all Latino, the vast majority with roots in Mexico.

They are not unlike the people President Donald Trump attempted to demonize from the outset of his first campaign, or all that different from those he is trying to keep out with his border wall and hard-line immigration policies.

But they do not agree on Trump — some see him as a savior, others as a predator. By Rivera’s estimate, somewhere between a quarter and a third of his congregants support Trump, a rate that is echoed in national polls.

When Rivera looks at his congregation of 200 families he sees a microcosm of the Latino vote in the United States: how complex it is, and how each party’s attempt to solidify crucial support can fall short. There are not clear ideological lines here between liberals and conservatives. People care about immigration but are equally concerned about religious liberty and abortion.

To explain his own partisan affiliation, Rivera says he is “politically homeless.” He is uncomfortable with many positions embraced by Democrats but feels betrayed by Republicans, his party of choice for much of his life.

For decades, Hispanics have been viewed by both parties as a potentially crucial constituency up for grabs. In the wake of Mitt Romney’s loss in 2012, Republican strategists warned that the party must do more to court the group. Then came Trump, who earned less support from Hispanic voters than any other presidential candidate in recent history — but has since managed to maintain some and even increase support from those voters.

Conversations with dozens of members of Rivera’s congregation and with other Hispanic evangelicals around the country over the course of the year make clear that religious identity is often a more fundamental part of their political affiliation than ethnic identity. And Rivera’s feeling of political homelessness is pervasive — and one neither party seems to understand how to address.

Latinos are projected to be the largest minority to vote in the presidential election this year, and the 32 million eligible voters could play a decisive role in who wins the White House. Both parties have poured millions into Spanish-language ads courting moderate and conservative Latinos in particular. Although Hispanic evangelicals make up a small slice of the electorate, they are a key to Trump’s consistent support from roughly one-third of Hispanic voters, particularly in battleground states including Florida and Arizona. And their political importance is likely to …read more

Parents of 545 children separated at border can’t be found