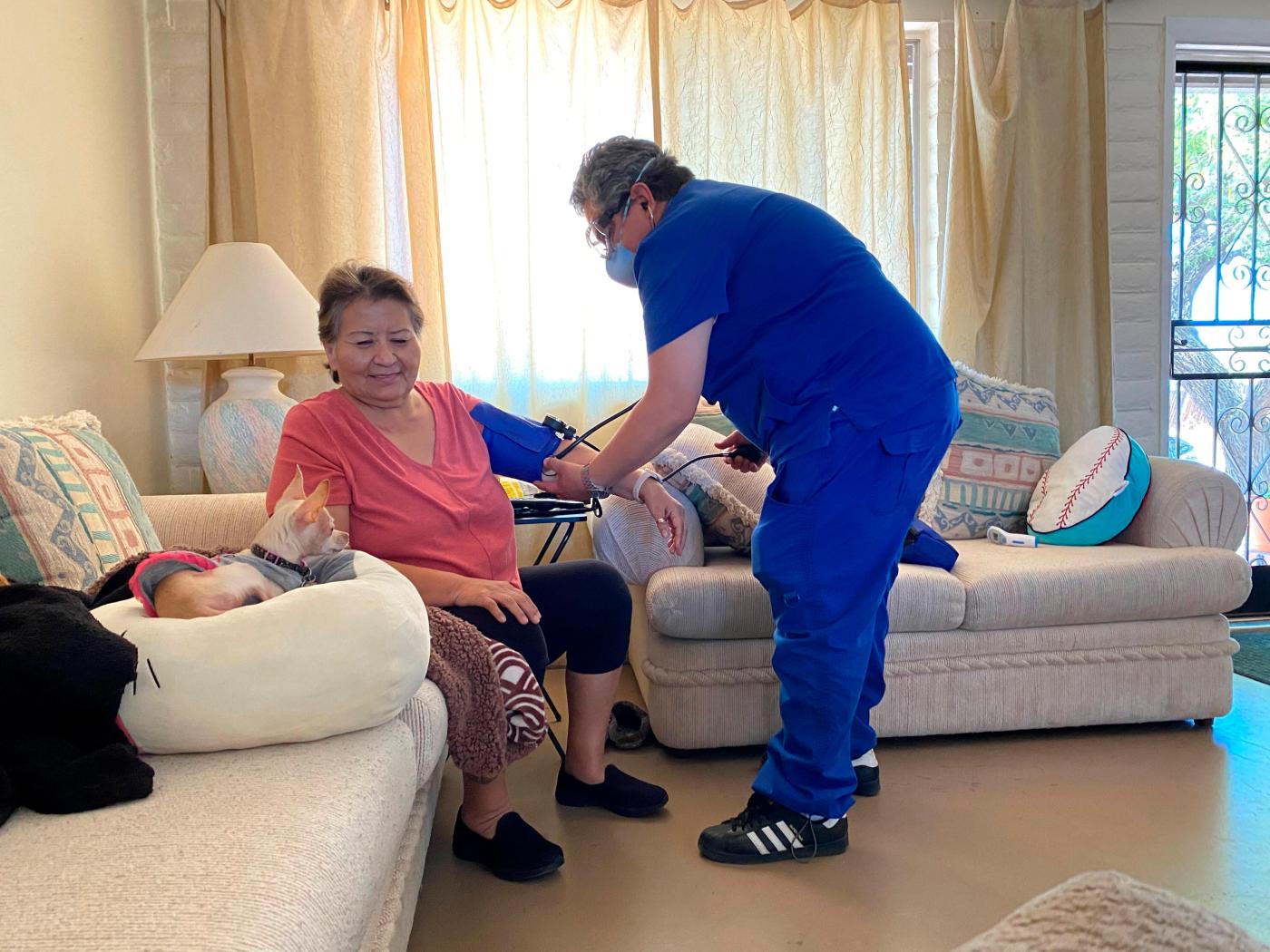 FLAGSTAFF, Ariz. — An ambulance whisked Carol Todecheene from her house in late March as some of her 13 rescue dogs barked and neighbors stood in their yards wondering what was wrong.

Some thought she had died as the number of coronavirus cases rapidly rose on the vast Navajo Nation, which at one point had the highest infection rate in the U.S.

Todecheene received so many calls and messages that her family let people know on social media that she had the virus. After weeks in the hospital, followed by rehabilitation, she’s among the COVID-19 survivors.

It came with survivor’s guilt, trouble accessing health care and fear she wouldn’t regain her memory or her job overseeing transportation at the local school district, where limited in-person classes will begin this week.

Her own social media posts provide a glimpse of her journey.

March 21: “Gots to finish cleaning & sanitizing tomorrow. Remember…I’m not allowing anyone to my house. G’nite everyone #ShelterInPlace #FlattentheCurve”

By then, Todecheene had a stuffy nose, body aches and scratchy throat. One night, she was vomiting and coughing violently.

She tried to get tested for the coronavirus at a health center in the Navajo Nation town of Kayenta but was turned away twice because she didn’t have a fever or respiratory problems. Her daughter Shannon insisted she go off the reservation to get checked.

It meant an hourslong trip, with Todecheene riding in the backseat, and mother and daughter wearing masks.

Todecheene thought about how they hadn’t yet marked the start of the spring season with a blessing to Mother Earth for prosperity, health, protection and survival.

Before she received her test results, she was in the emergency room. She lost 85% of her lung capacity and much of her kidney function. She had to be flown to a Phoenix hospital and put on a ventilator and dialysis March 29.

April 25: “Water is sooooo good! I’m still working at getting 100% better. They keep telling me to eat & I’m trying but they want me to eat more. I told the nurse they need to put mutton on the menu then I will eat! Lol”

The last thing Todecheene remembered before being hospitalized was canceling meal deliveries to students in the Kayenta Unified School District because she feared for the bus drivers’ safety.

When she woke up in the hospital, she could barely talk after nearly three weeks on a ventilator. Her throat muscles were weak from the feeding tube. She didn’t know where she was and struggled to remember the year.

A friend had been texting her about home — the wind sweeping across mesas and rock formations, the sounds of sirens and a shelter-in-place order. Pictures of her dogs made her miss them even more.

Todecheene couldn’t lift her arms or steady her fingers to read the messages herself, so a nurse helped.

She thought about her kids, who were calling the hospital every day, and her late husband, Harry, wishing he could hold her and tell her things would be …read more