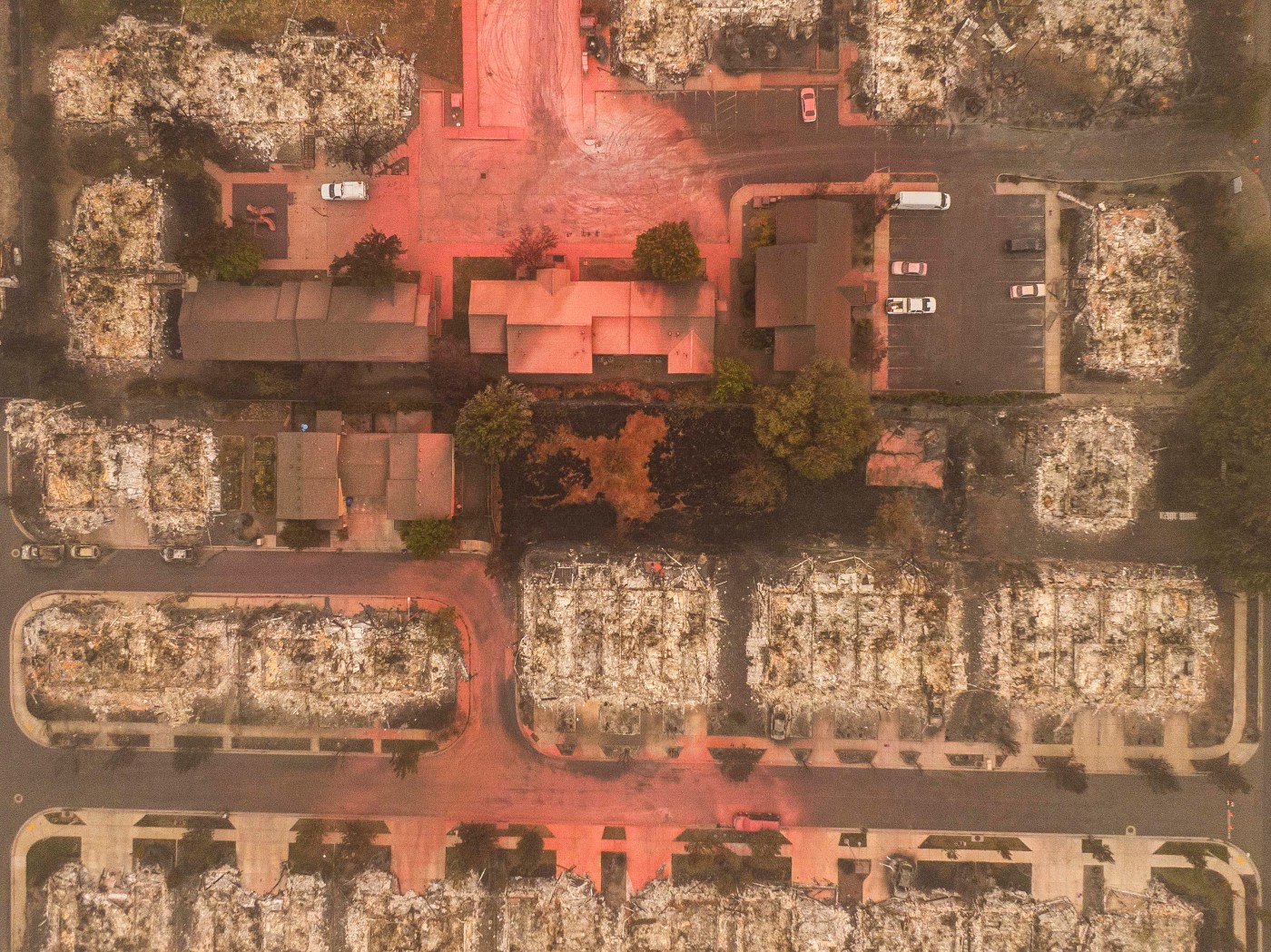 CLICK HERE if you’re having a problem viewing the photos on a mobile device.

Wildfires in Oregon have killed at least six people and all but destroyed the cities of Phoenix and Talent, near Medford.

Oregon’s Office of Emergency Management Director Andrew Phelps said thousands of structures have been destroyed in the catastrophic fires and officials were preparing for a “mass fatality event. Authorities fear they’ll find more bodies as they use search dogs to canvass additional neighborhoods.

Portland Mayor Ted Wheeler declared a state of emergency, closing city parks and activating evacuation sites for people in threatened areas. The state says about 500,000 people were under evacuation orders in Oregon, more than 10% of the state’s population, and that’s expected to grow.

State officials say they are focusing their efforts on saving lives but they anticipate a devastating aftermath. As the two major fires, the Beachie Creek and Riverside fires, continue to burn, air quality levels, much like in the Bay Area, have been unsafe from smoke.

Thirty-five wildfires remain active in the state, down from nearly 50 earlier this week. The blazes have scorched about 900,000 acres across the state, the Oregon governor’s office said.
In the past 10 years, the state has seen an average of 500,000 acres burned.