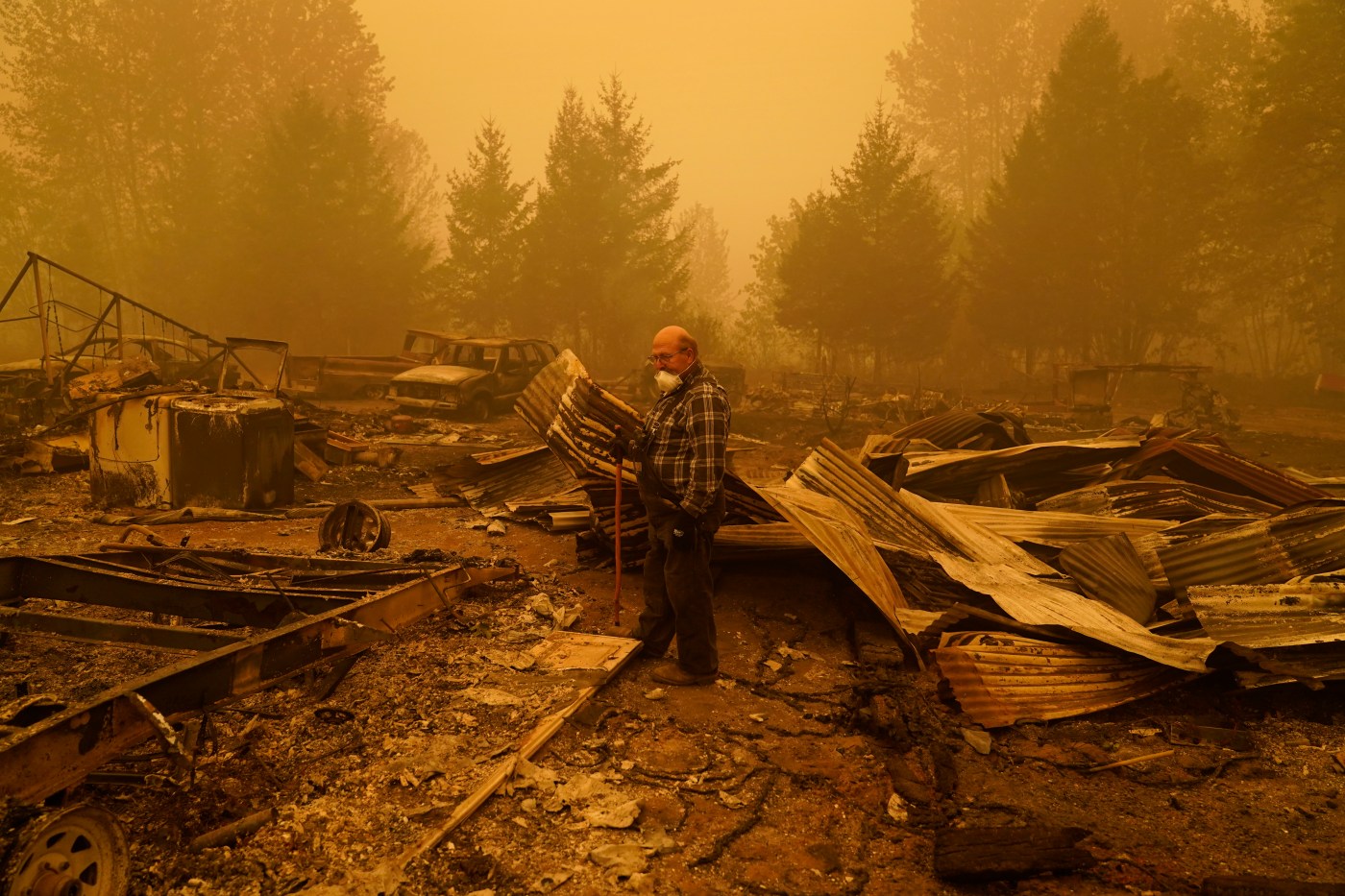 SALEM, Ore. — Wildfire smoke that posed a health hazard to millions choked the West Coast on Saturday as firefighters battled deadly blazes that obliterated some towns and displaced tens of thousands of people, the latest in a series of calamities this year.

For people already enduring the coronavirus pandemic, the resulting economic fallout and political tensions evident in the Black Lives Matter protests and far-right counter protests, the fires added a new layer of misery.

“What’s next? You have the protests, coronavirus pandemic, now the wildfires. What else can go wrong?” lamented Danielle Oliver, 40, of Happy Valley, southeast of Portland.

The death toll from the fires in California, Oregon and Washington stood at 28 and was expected to rise sharply. Most of the fatalities were in California and Oregon.

Oregon’s emergency management director said officials were preparing for a possible “mass fatality event” if many more bodies turn up in the ash. And the state fire marshal resigned after abruptly being placed on administrative leave. The state police superintendent said the crisis demanded an urgent response that required a leadership change.

Oliver has an autoimmune disorder that makes her vulnerable to wildfire smoke, so she agreed to evacuate. She was nervous about going to a shelter because of the virus, but sleeping in a car with her husband, 15-year-daughter, two dogs and a cat was not a viable option.

The temperature checks and social distancing at the American Red Cross shelter helped put her mind at ease. Now the family waits, hoping their house will survive. She has previously experienced homelessness.

Those who still had homes were not safe in them. A half-million Oregonians were under evacuation warnings or orders to leave. With air contamination levels at historic highs, people stuffed towels under door jambs to keep smoke out. Some even wore N95 masks in their own homes.

Some communities resembled the bombed-out cities of Europe after World War II, with buildings reduced to charred rubble piled atop blackened earth. Residents either managed to flee as the flames closed in, or perished.

Millicent Catarancuic’s body was found near a car on her 5-acre property in Berry Creek, California. The flames came so quickly she did not have time to get out.

On Tuesday, she packed several of her dogs and cats in the car but later called her daughter to say she decided to stay. Firefighters had made progress battling the blaze. The wind was calm. The flames still seemed far away. Then they rushed onto the property.

“I feel like, maybe when they passed, they had an army of cats and dogs with her to help her through it,” said her daughter, Holly Catarancuic.

In Oregon alone, more than 40,000 people have been evacuated and about 500,000 are in different levels of evacuation zones, Gov. Kate Brown said.

Fires along Oregon’s Cascade Range grew Saturday, but at a slower rate than earlier in the week, when strong easterly winds acted like a bellows, pushing …read more