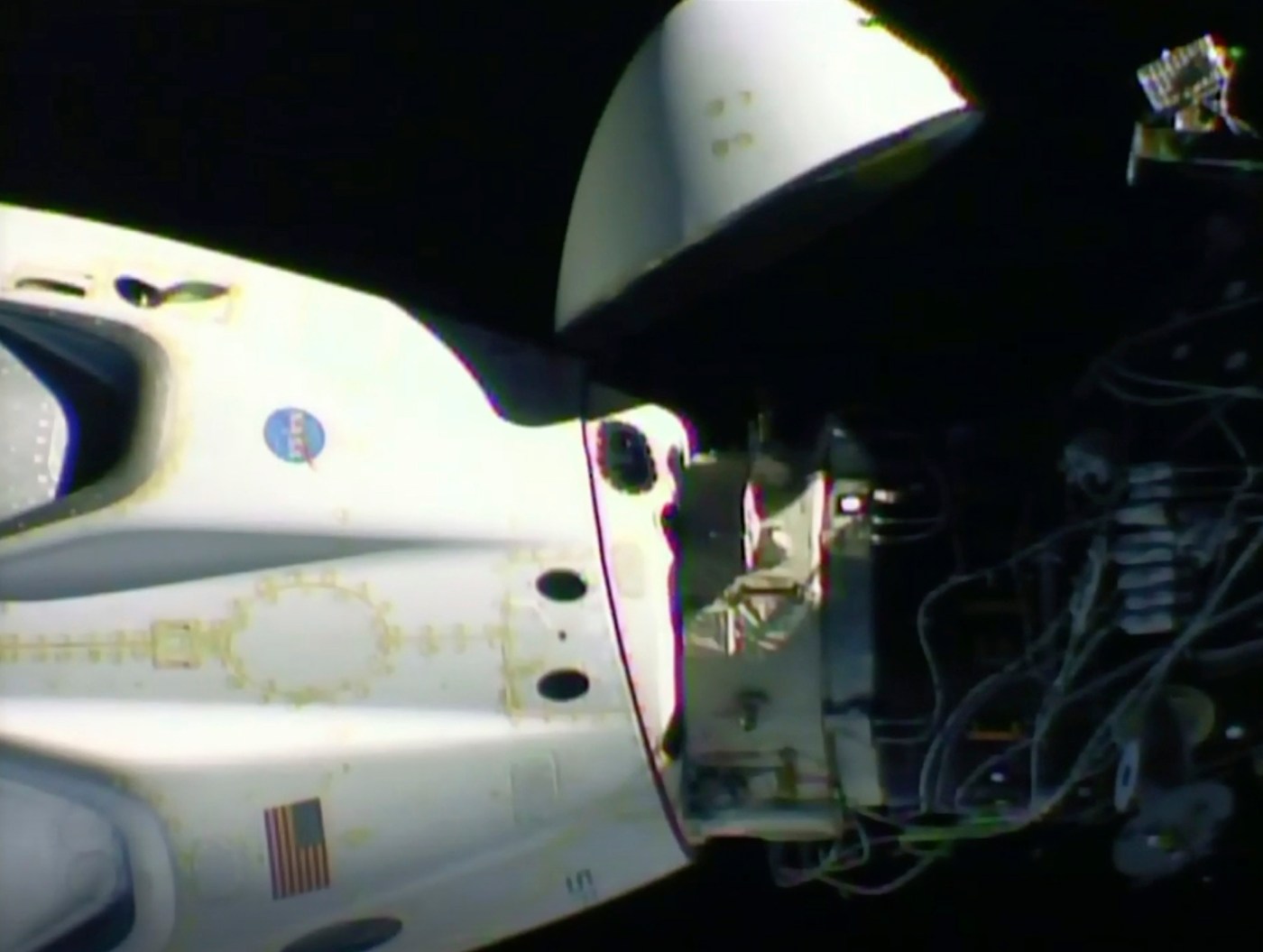 NASA astronauts Bob Behnken and Doug Hurley are headed back to Earth after a two-month mission at the International Space Station, marking the first time a privately owned craft will return astronauts from the space station to Earth.

The crew departed the space station Saturday afternoon aboard SpaceX’s Crew Dragon capsule, the same craft that brought them to space in that vessel’s first crewed flight. After leak checks, the astronauts lowered the visors of their helmets, and a command to undock was sent to the spacecraft at 7:30 p.m. Eastern time.

By 7:40, all that could be seen of the capsule from the space station view were two dots of light.

“It’s been an honor and a privilege,” Hurley said on the communications system as the capsule drifted away from the space station. “It’s been a great two months, and we appreciate all you’ve done as a crew to prove out Dragon on its maiden flight.”

The last major test for the capsule will come Sunday, when it is set to splash down at 2:41 p.m. Eastern time in the Gulf of Mexico, near Pensacola, Fla.

There were seven possible landing sites along the Florida coast; three in the Atlantic Ocean are in the path of Tropical Storm Isaias.

The splashdown will mark the first time in 45 years that astronauts have returned to space via an ocean landing.

The last such landing came in July 1975, when an Apollo capsule splashed down in the Pacific Ocean during the Apollo-Soyuz Test Program mission.

Since then, spacecraft have made landings on terra firma _ NASA’s space shuttle landed on a runway, and the Russian Soyuz capsule lands in Kazakhstan.

A successful Sunday splashdown would cap off a test mission that has so far gone well for Hawthorne, Calif.,-based SpaceX.