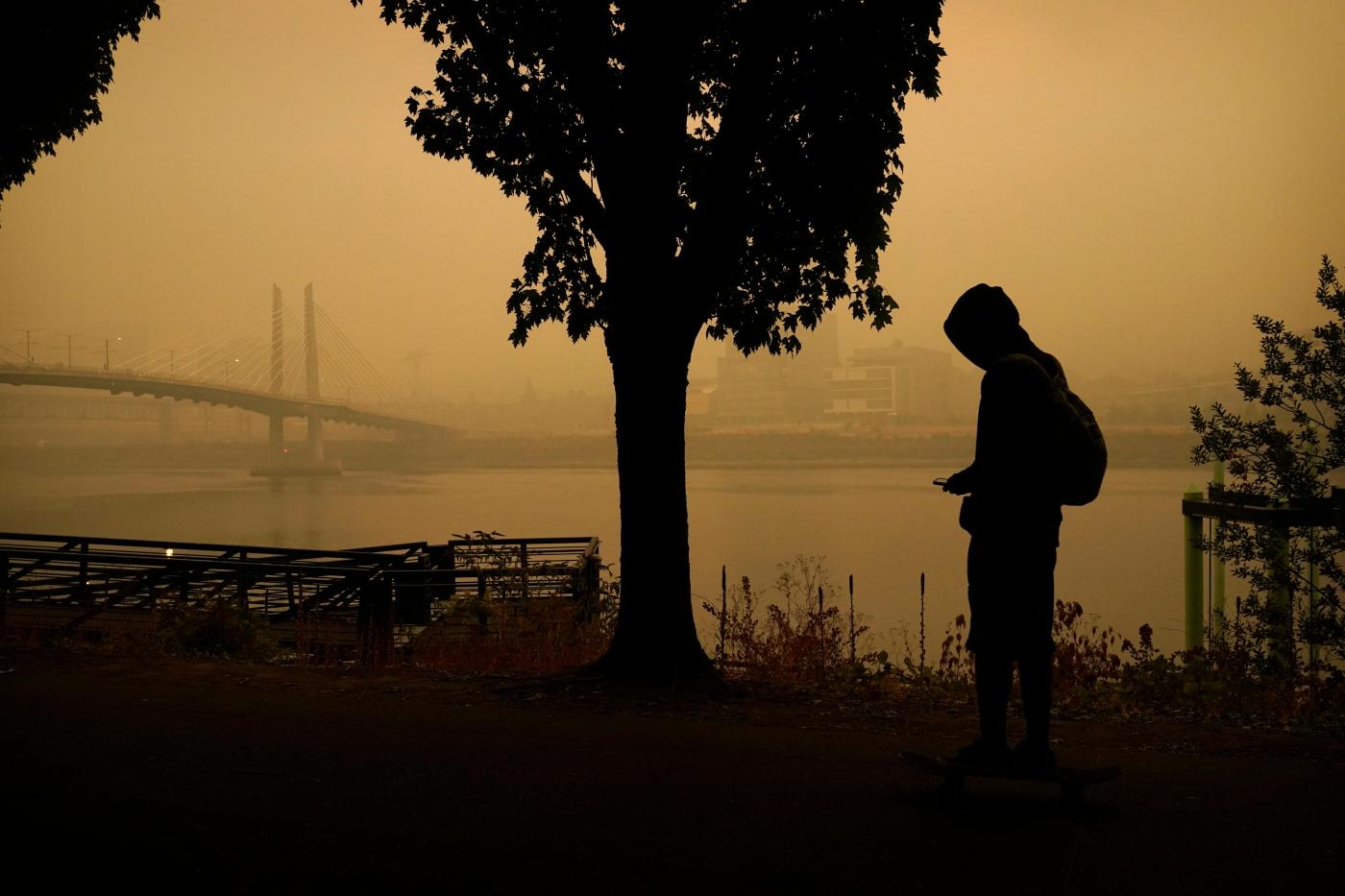 The Latest on wildfires in the U.S. West (all times local):

SALEM, Ore. — Oregon’s fire marshal has resigned after being placed on leave amid a personnel investigation.

In a news release Saturday, State Police Superintendent Travis Hampton said only that a leadership change was needed to face the “unprecedented crisis” posed by the wildfires.

Mariana Ruiz-Temple, the chief deputy state fire marshal, has been named to replace him.

In a written statement Saturday, Gov. Kate Brown said Ruiz-Temple had “led with grace, transparency and courage” and that she “embodies the experience Oregon needs to face this crisis.”

LYON, Ore. — A hero of the movement to preserve old growth forests in the Northwest is missing in one of the many wildfires scorching Oregon.

The Oregonian/OregonLive reports that 72-year-old George Atiyeh hasn’t been seen since the Beachie Creek fire burned down his house near Lyon, southeast of Salem, last week. His daughter, Aniese Mitchell, posted Friday night on Facebook that the family was reporting him as missing.

Atiyeh fought for years in the 1980s to block the U.S. Forest Service from clear-cutting the area around Opal Creek, a pristine area in the Willamette National Forest known for its ancient trees, including a 270-foot tall Douglas fir thought to be 1,000 years old. Federal legislation protecting the area passed in 1996.

The Opal Creek area was hit by the same fire that destroyed Atiyeh’s home, but the extent of the damage there is so far unknown because it remains inaccessible.

Ruth Bader Ginsburg is first woman to lie in state at the U.S. Capitol

His daughter said she last talked to him on Monday night, and that he was determined to stay because he didn’t believe he was in danger. She said search parties had been looking for him.

SACRAMENTO, Calif. — A California woman killed in one of the state’s wildfires was known as an animal lover who would often rescue stray dogs and cats.

Zurz said Catarancuic was “sharp as a whip” and loved to play FreeCell, saying she could win the game in about 80 seconds.

Authorities say nine people have died in the North Complex fire in Northern California. Zurz said his mother, Suzan Violet Zurz, and his uncle, Phil Rubel, also lived at the property and are missing.

This item has been updated to correct a name: It’s Suzan Violet Zurz, not Susan Zurs.

OREGON CITY, Ore. — A sheriff’s deputy in Oregon has been placed on leave after a video surfaced in which he …read more